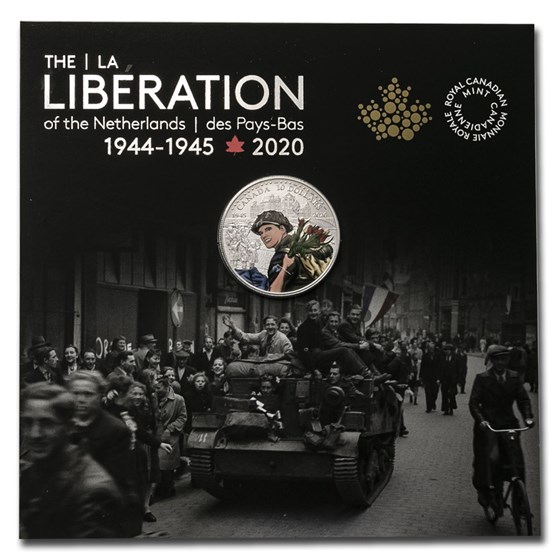 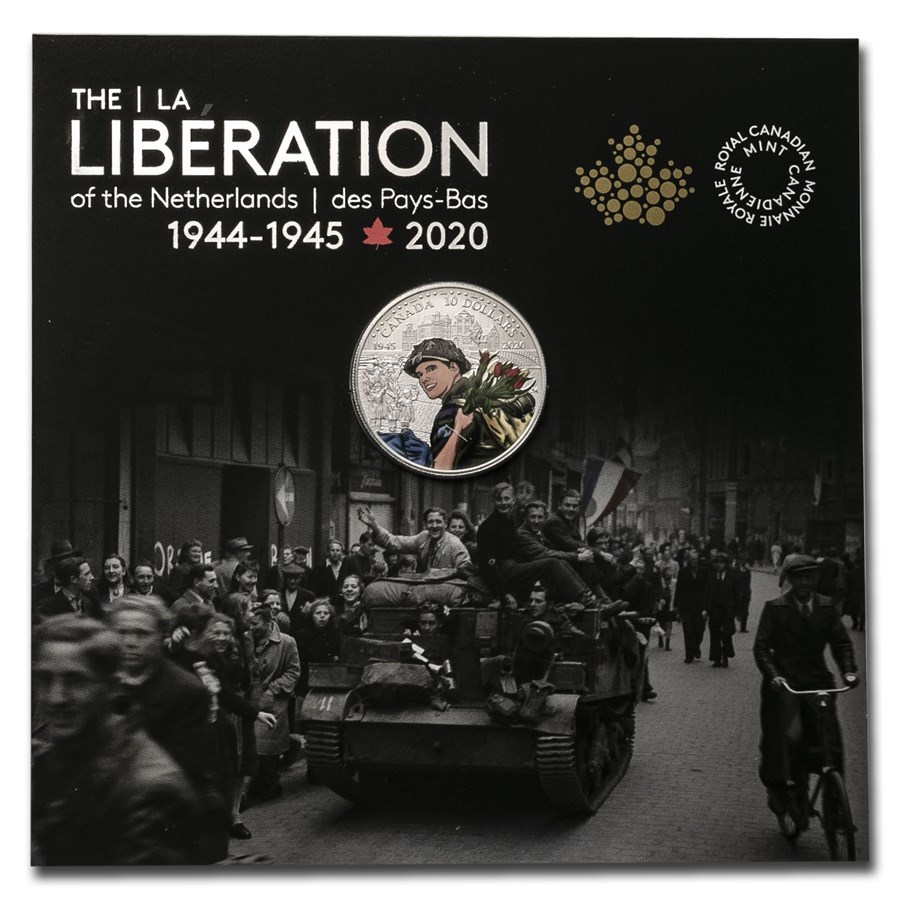 $27.37 $28.37
Any Quantity
Product Details
Product Details
This coin pays tribute to the Canadian Army and to the people of the Kingdom of the Netherlands. It is a celebration of the special friendship between the two nations and the close ties forged in war.

A life saved is a bond forged. This selectively colored coin shows the Liberation of the Netherlands from the perspective of those who lived it. Beneath the repeating “V” (for Victory) in Morse code, its depiction of a gift of tulips serves as a tribute to the people of the Netherlands and to the First Canadian Army, which was cast in the role of liberator in 1945.


Add this 2020 Silver $10 Liberation of the Netherlands coin to your cart today!