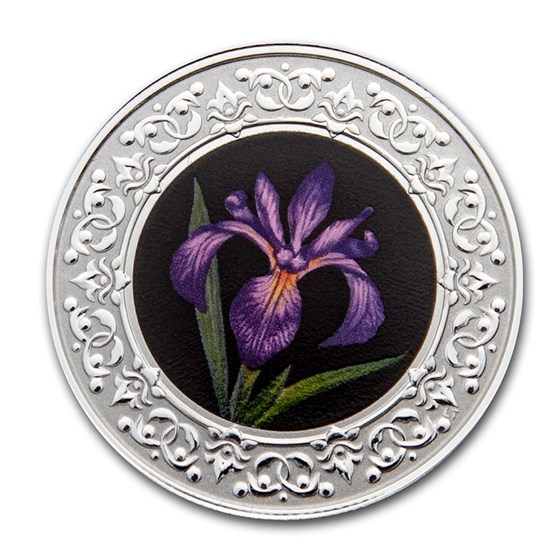 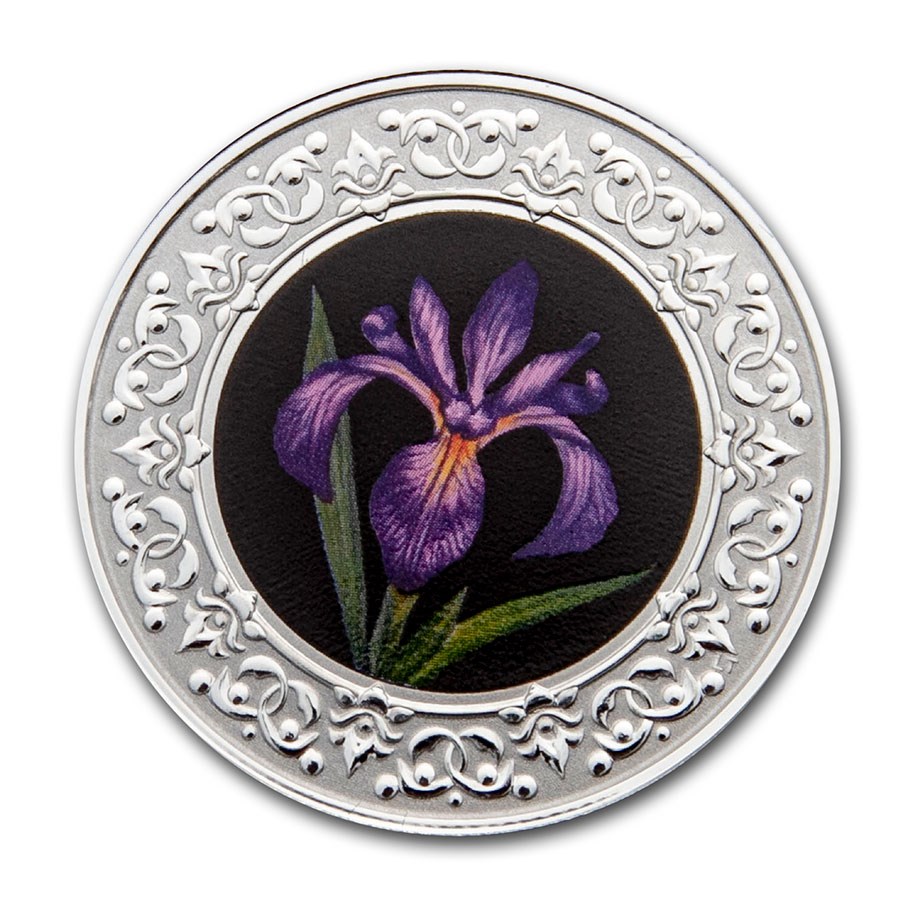 While Iris versicolor can be found in marshes and along shorelines in central and eastern Canada, it has special meaning in the province of Quebec. This violet-blue wildflower is synonymous with wetlands, rivers and lakes in La belle province, where the provincial emblem blooms between late May and early July. Quebec was one of the first four Canadian provinces established by the British North America Act (Confederation) in 1867. And that's why its provincial flower is our second coin in the vintage jewelry-inspired series. And, your coin's reverse features a colorful depiction of the blue flag iris, which gained official status as the floral emblem of Quebec in 1999. Coin Highlights:

Fits in a bezel: The 27 mm diameter allows your coin to fit in a bezel, which will transform your coin into a beautiful pendant necklace.