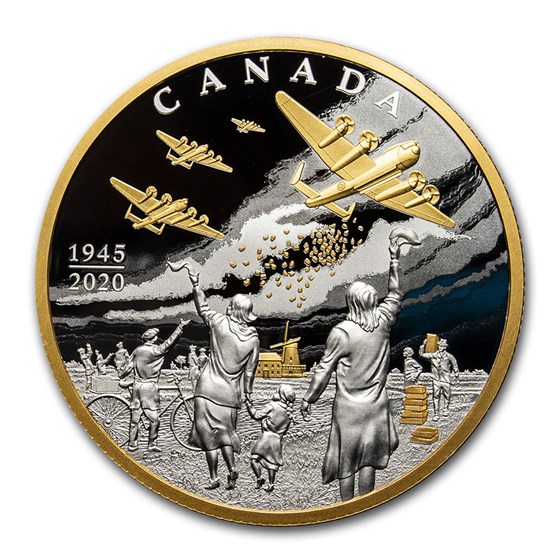 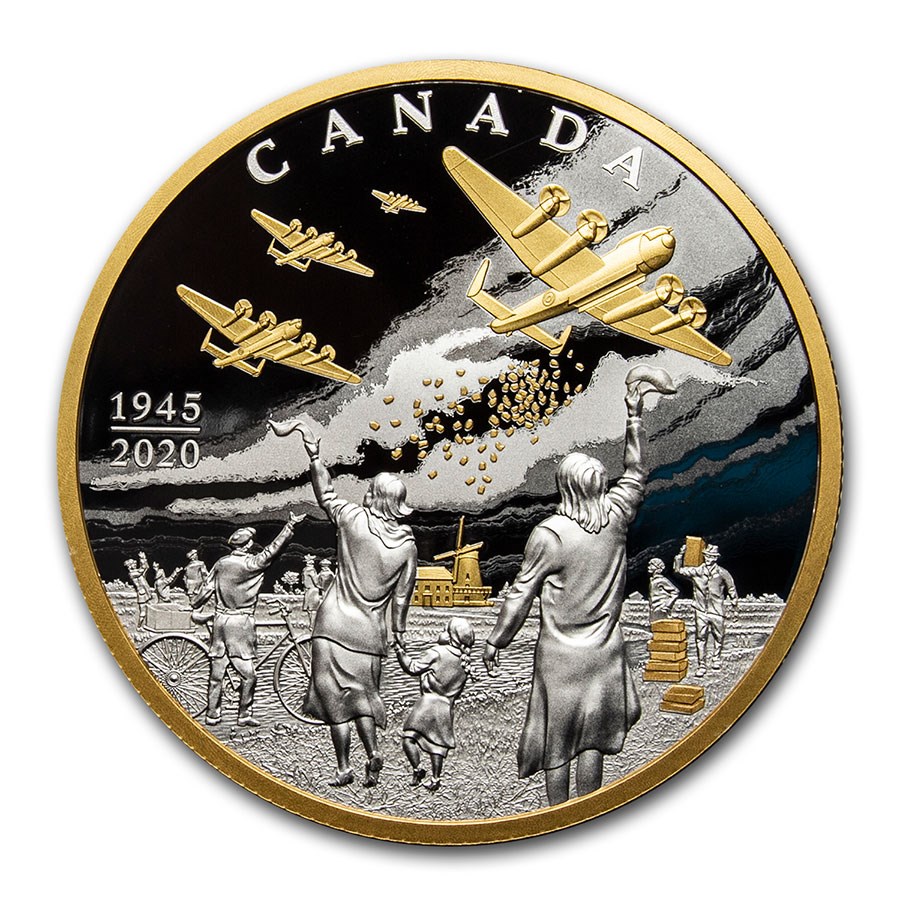 Product Details
Product Details
Sold out at the mint! This coin is a celebration of the special relationship that exists between Canada and the Netherlands. Its design highlights Canada's involvement in the food drops that cemented the bond forged between our two countries 75 years ago.

Sold out at the mint! As part of the 2020 V-E Day collection, this premium piece bears a Victory privy mark and comes packaged in a special V-E Day beauty box. Its selectively Gold-plated design highlights Canada's involvement in the Allied food drops of 1945, which provided much-needed relief to millions of starving civilians still trapped behind enemy lines. And with a diameter of 76.25 mm, this is the largest Liberation of the Netherlands-themed tribute to the Canadians who fought for freedom on the ground and at sea, and to those who delivered hope from above.


Add this 2020 10 oz Silver Liberation of the Netherlands Operation Manna coin to your cart today!