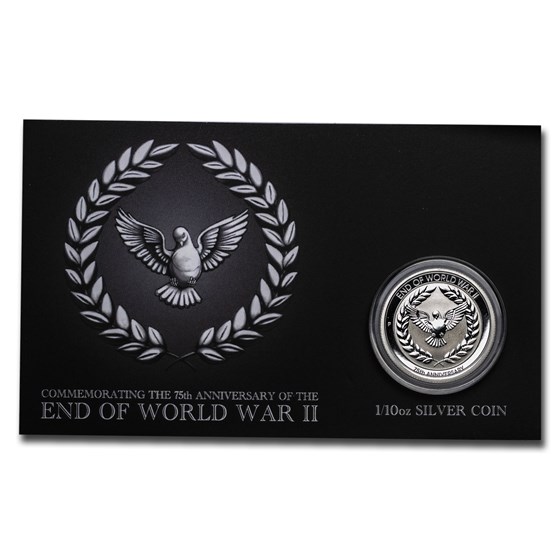 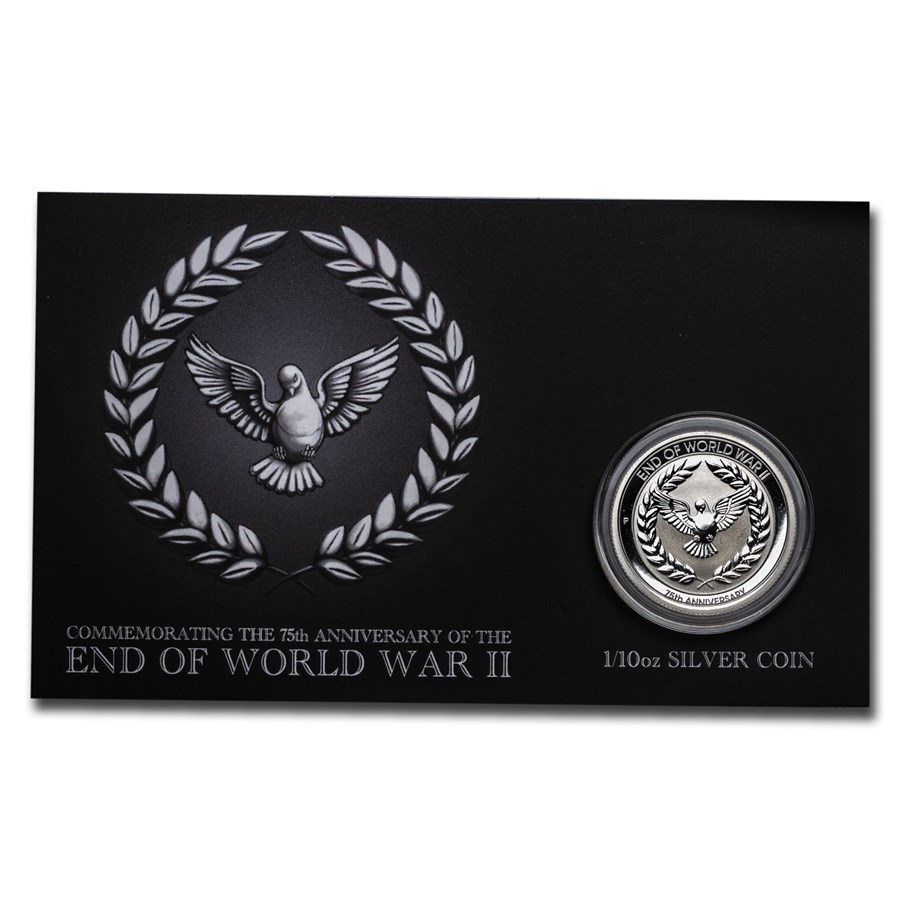 $51.99
Any Quantity
Product Details
Product Details
This 1/10 oz Silver coin commemorates 75 years since the end of World War II (WWII), which was the deadliest international conflict in history, accounting for the lives of an estimated 60 to 80 million soldiers and civilians.

From the outbreak of war in 1939, the Allied and Axis powers fought predominately in Europe and Asia, with the final battles in the European theater, resulting in the fall of Berlin and the suicide of Adolf Hitler, taking place in the spring of 1945. War in Asia finally ended in August with the detonation of atomic weapons over the Japanese cities of Hiroshima and Nagasaki, which underlined the futility of continuing the war.

The initial euphoria experienced as WWII ended was quickly replaced with unprecedented hardship as entire cities were rebuilt, boundaries and territories re-drawn, and economies restored in the aftermath. Seventy-five years later the impact of this global conflict continues to be felt as we honour the courage and sacrifice of those who fought for peace.