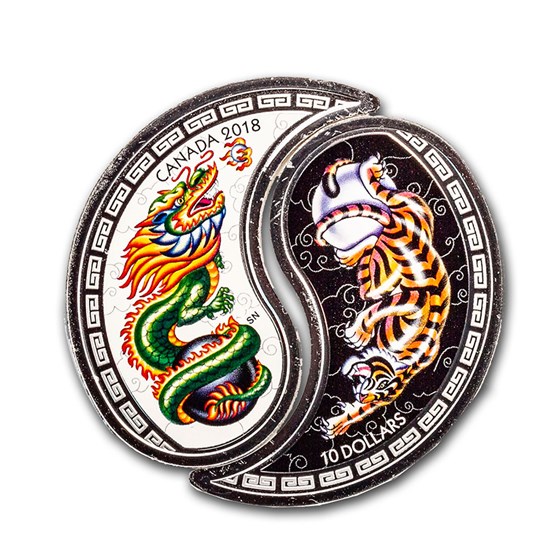 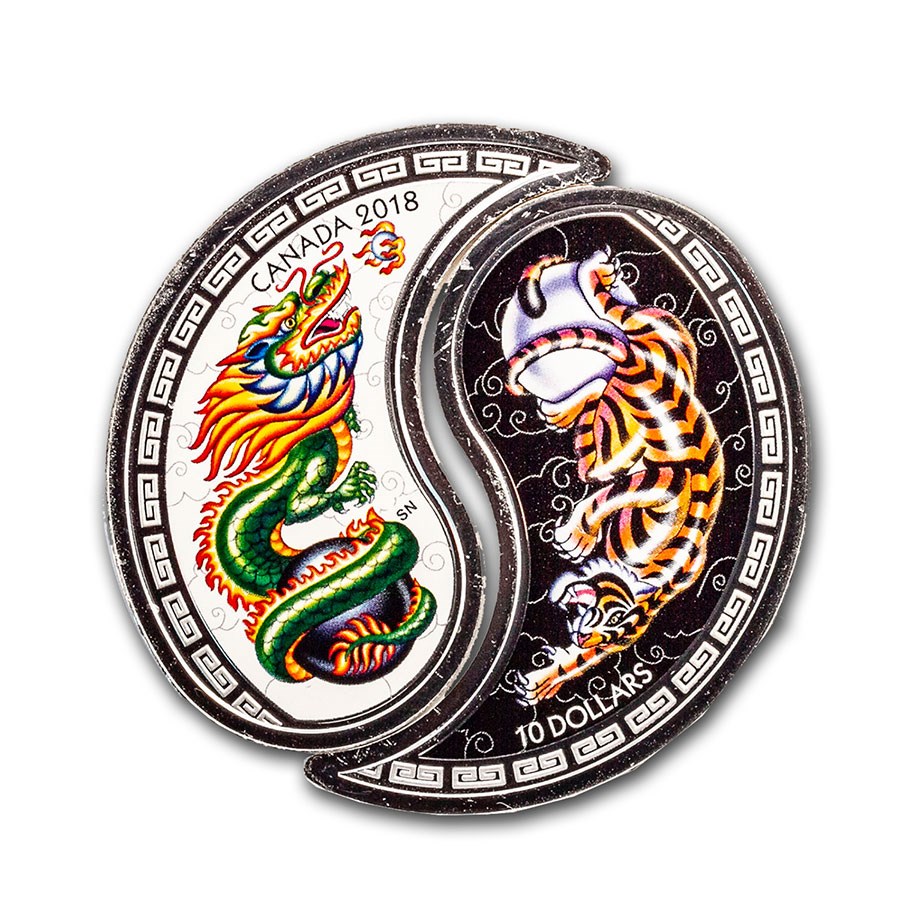 Your purchase will match the quality of the product shown.
Product Details
Product Details
These amazing yin and yang-shaped Silver coins feature two heroes of Chinese tradition, the Tiger and the Dragon, fit together to form a perfect whole. The theme of balance is fully realized in their stunning imagery, rich color and singular design.

This exquisitely designed .9999 fine Silver coin, features a yin and yang shape that fit together to form a full circle. This particular listing is for a slightly damaged coin, showing some damage to the outer rim and face as shown in photo.

Add this Silver $10 Tiger and Dragon Black and White Yin & Yang coin to your cart today!

Your amazing coins are designed to fit together to form a single circle. Shaped in the traditional Chinese yin form, the first coin features a stylized painted Tiger set against a black painted field decorated with traditional auspicious cloud motifs from Chinese art. The Tiger stalks across the white dot that traditionally appears in the black yin form to connote balance. The eastern portion of the reverse features an intricate engraved border that is completed on the other coin, forming a full decorative outer circle when the two coins are fitted together.

The second coin is shaped in the traditional yang form and features a vividly colored Dragon. The Dragon, like the Tiger, is set against a colored background, in this case, the traditional white background of the yang form. As on the yin coin, a balancing black dot appears in the image, wrapped in the sinewy coils of the Dragon’s tail. The background is decorated with stylized auspicious clouds. The unique obverses of both coins feature the effigy of Her Majesty Queen Elizabeth II by Susanna Blunt. The remaining design elements on the obverse are drawn from imagery found in traditional Chinese ceramics art, including beautifully engraved flowers and branches against a background of stylized auspicious clouds.