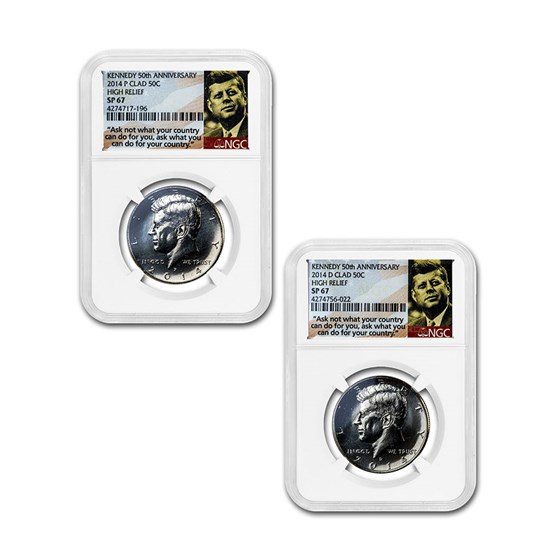 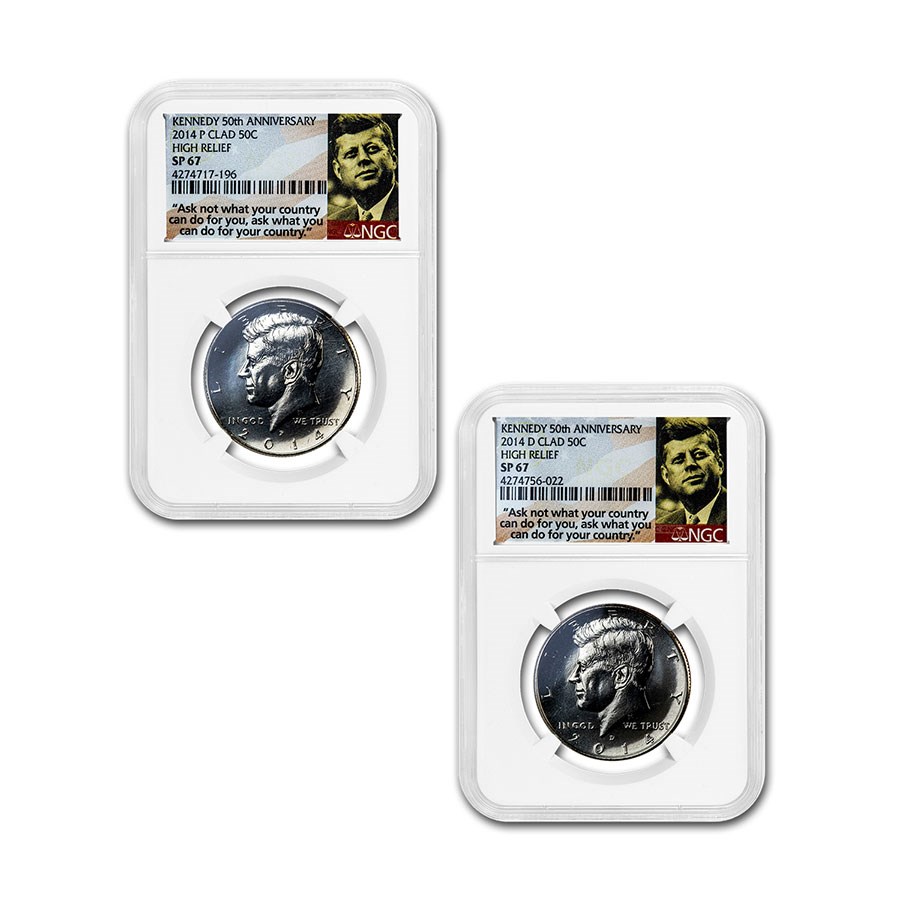 Product Details
Product Details
This set was designed to commemorate the 50th anniversary of the Kennedy Half Dollar, first released in 1964, only a few short months after John F. Kennedy's untimely death.

Set Highlights:
Protect and display your 2014 Kennedy Commems in style by adding an attractive display or gift box to your order.

Add these historical coins to your cart today!