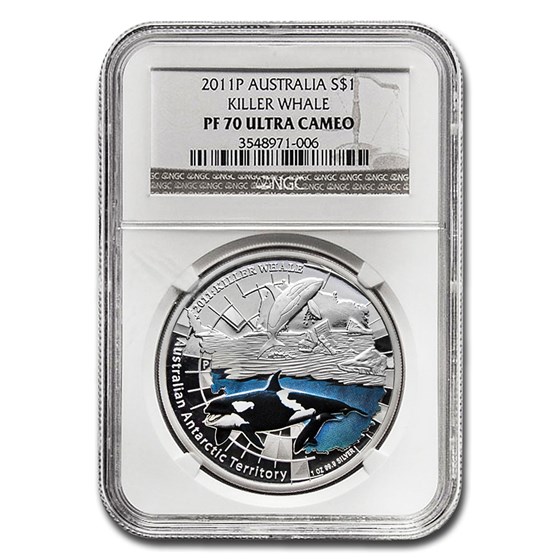 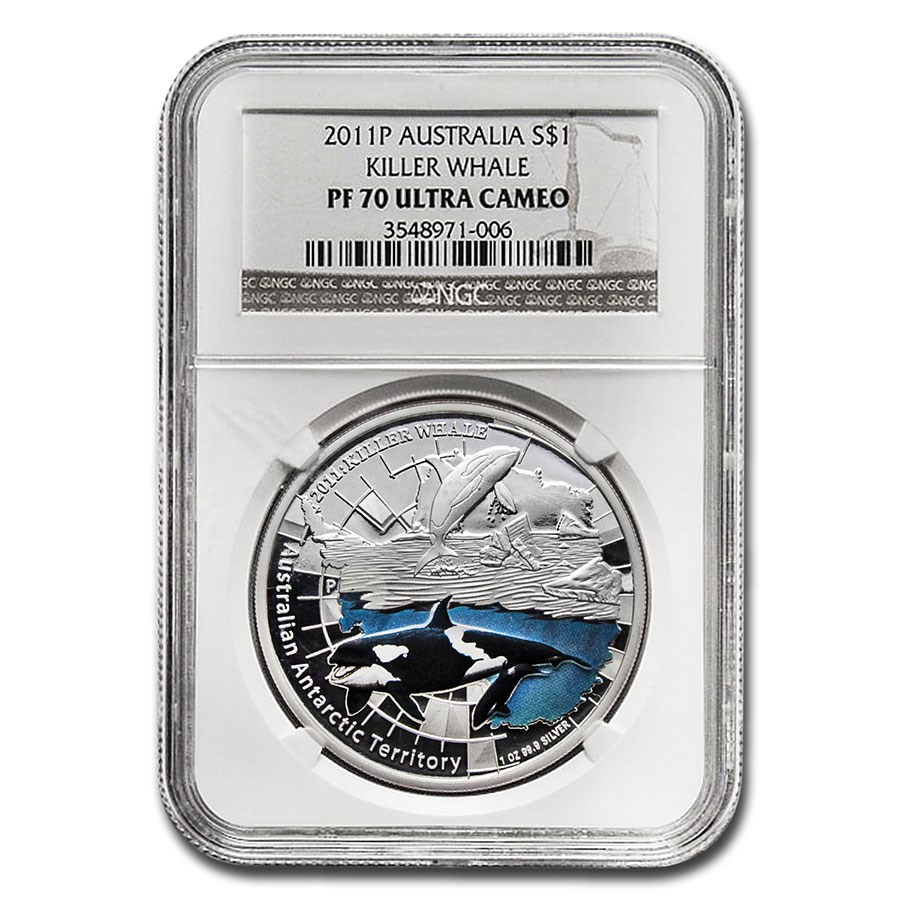 Your purchase will match the quality of the product shown.
Product Details
Product Details
This coin is the eighth release in the Australian Antarctic Territory Series. It is graded a perfect PF-70 Ultra Cameo from NGC.

Mintage of only 7,500
Eighth release in the Australian Antarctic Territory Series.
This coin features a dual design of a mature killer whale and calf in color under the sea, and a struck design showing an adult leaping from an ocean of floating icebergs, design by Wade Robinson. The background incorporates the outline of the Antarctic continent bordered by the inscriptions 2011 – KILLER WHALE and ‘Australian Antarctic Territory’. The Ian Rank-Broadley likeness of Her Majesty Queen Elizabeth II and the monetary denomination are shown on the obverse.
Each coin is housed in a blue-colored presentation case, which comes within a stylish outer shipper. A numbered CoA accompanies each coin.
The killer whale otherwise referred to as the orca, is a toothed whale belonging to the oceanic dolphin family. Killer whales have sophisticated social structures, hunting techniques and vocal behaviors, which are passed across generations. They also have keen hearing, good eyesight- both in and out of water, and a developed sense of touch.
The killer whale's large size and strength make it one of the fastest of marine mammals. The average lifespan of males and female varies according to habitat and lifestyle. The female killer whale is thought to live the longest -to a maximum age of 80 to 90 years.
Commercial whaling and pollution have threatened whale populations, although there are many organizations that work towards the conservation of these extraordinary creatures.