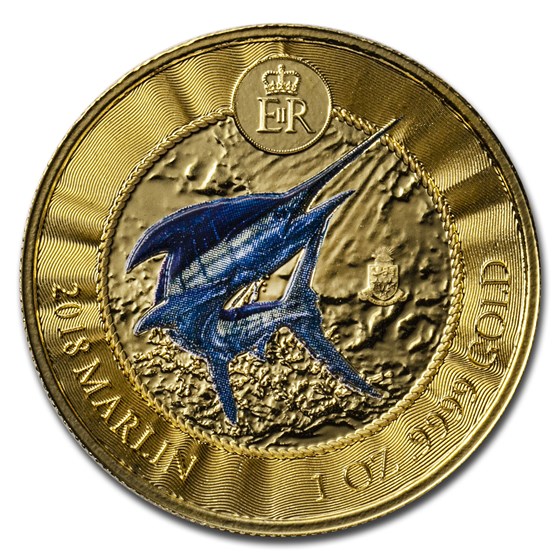 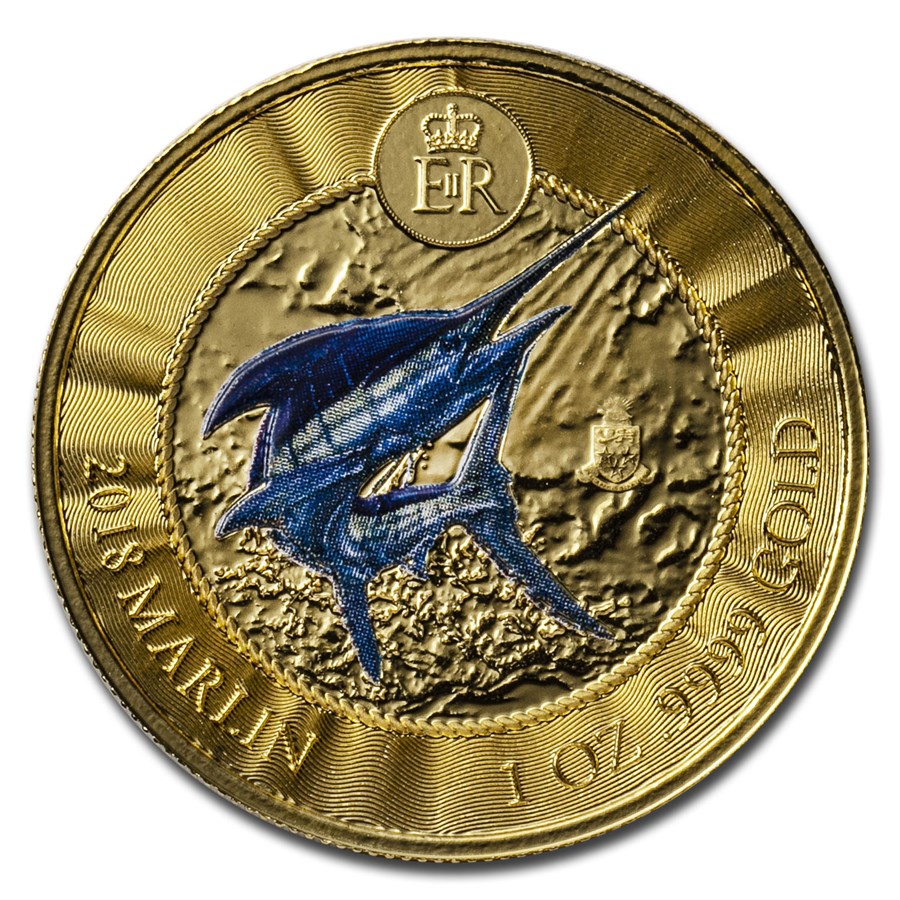 Your purchase is guaranteed to match the quality of the product shown. It will not be this exact item.
Product Details
Product Details
For the first time from Scottsdale Mint, we see a colorized version of the popular limited mintage bullion series featuring the Cayman Islands Marlin. This particular coin features a mint error where the year 2018 is on one side and 2019 on the other.


Surrounding the Marlin is a rippled effect in the Silver that has the distinct look and feel of the water's surface. Scottsdale Mint is known for their excellence in Precious Metals minting, and this coin is one of their best programs yet. Add this beautiful 2018 Colorized Cayman Islands Gold Marlin Proof coin to your cart today!