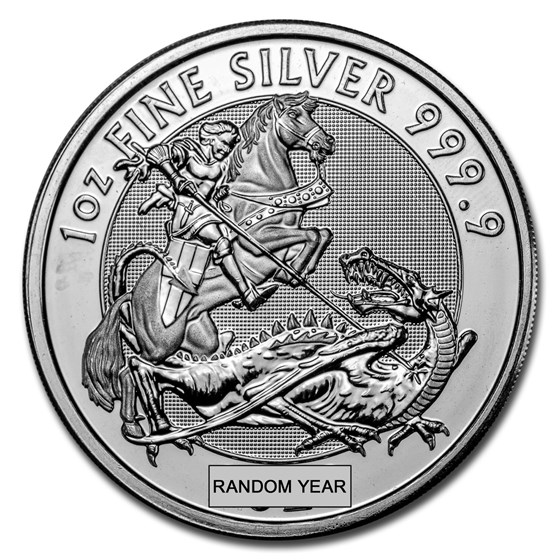 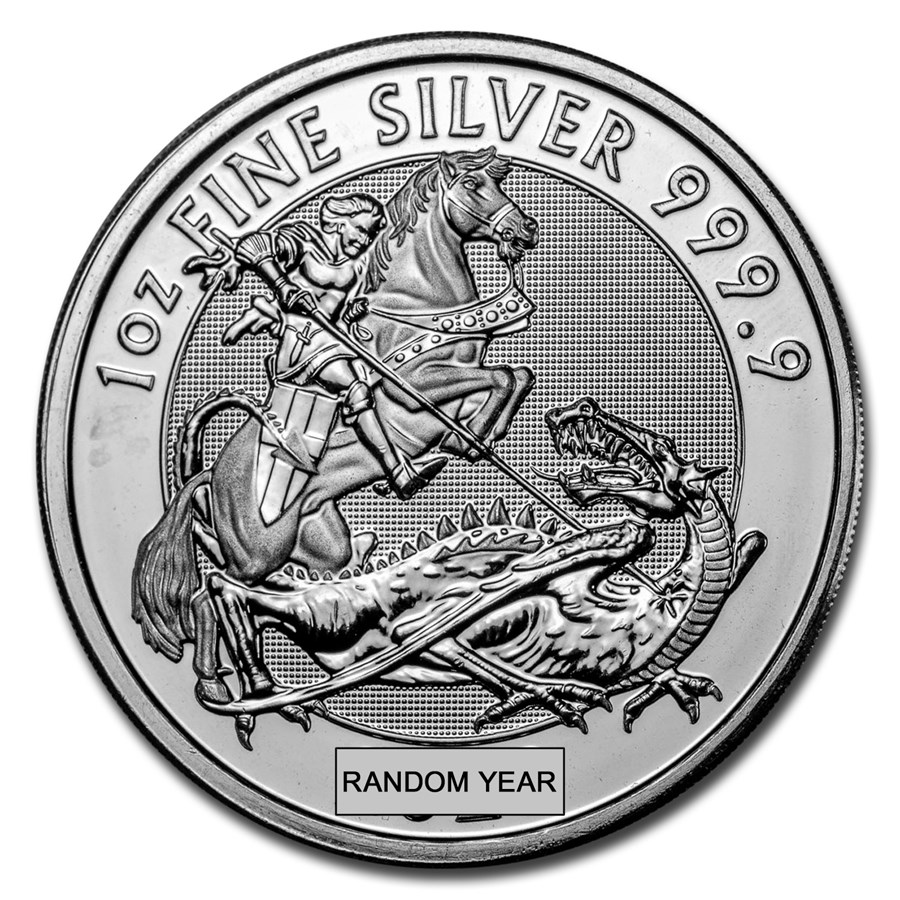 Product Details
Product Details
This coin from The Royal Mint features an image depicting one of England's most famous legends, St. George and the Dragon. Coins in this listing may have scratches, spots, dings, or other abrasions.


This coin celebrates a legend representing honor, courage and victory, with its impressive design of St. George and the dragon. Add this £2 1 oz Silver Valiant coin from the Royal Mint to your cart today!