2020 Austria Silver €20 Reaching for the Sky: Above the Clouds 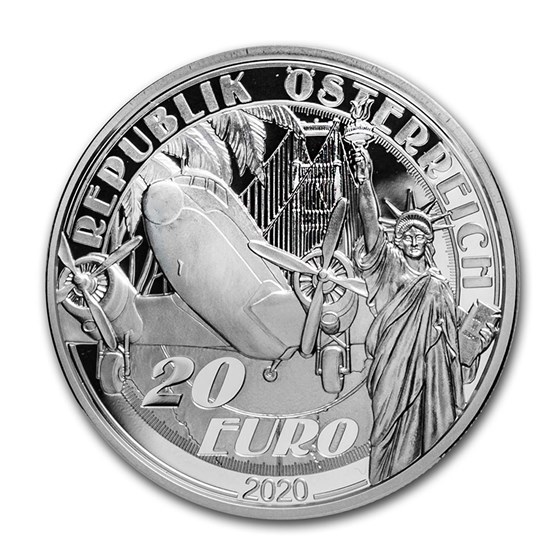 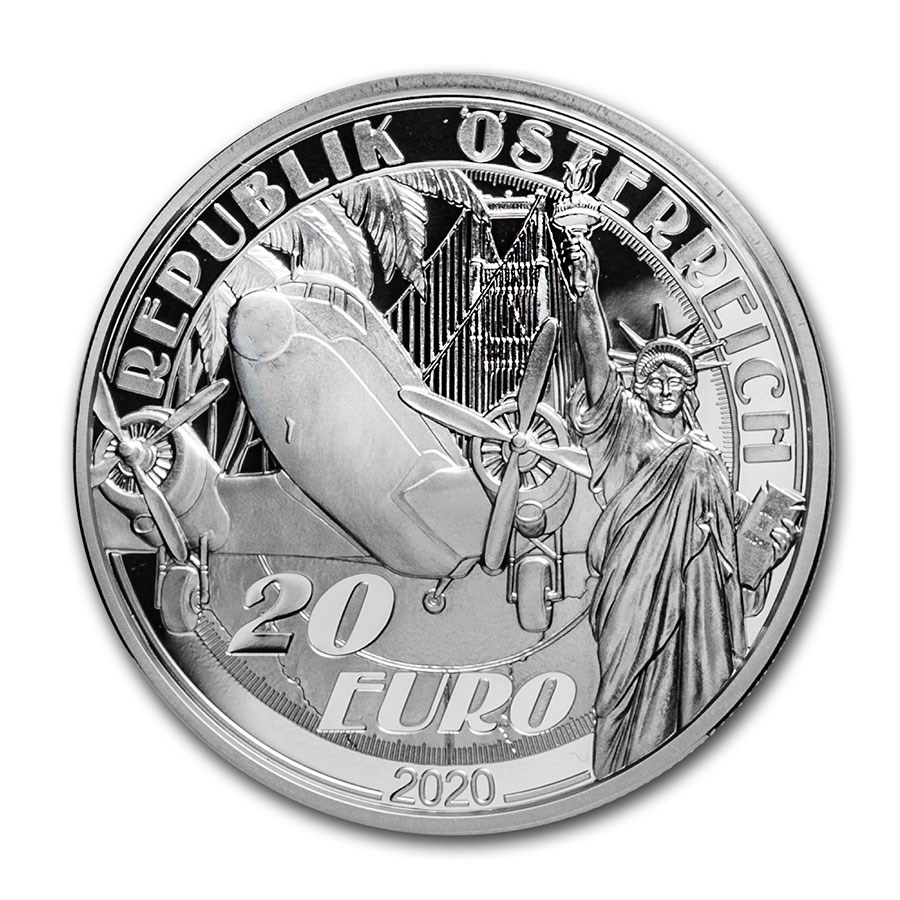 Coin Highlights:
This coin is a fantastic addition to any historic collection. Add this 2020 Austria Silver €20 Reaching for the Sky: Above the Clouds coin to your cart today!

"Above the Clouds”, the third stopover in the Reaching for the Sky series, celebrates how the dream of flight became reality for the masses with the development of commercial air travel. The world’s largest passenger airliner, the Airbus A380 is the ultimate symbol of this phenomenon. Commercial air travel has come a very long away since the first commercial flights got underway between Berlin and Weimar in 1919, although the cramped and unheated cabins of the aircraft could only hold a handful of passengers, who on occasion would have to be weighed to make sure the payload was not too heavy for take-off. Flights were thus something of an adventure and emergency landings quite common. But by 1928, German airline Lufthansa was providing a full menu to its passengers aboard the Junkers JU 52. The British 20-seat Vickers VC 1 Viking took things further in the decade after the Second World War when transatlantic flights also commenced. Wide-bodied jet aircraft put air travel, and eventually long-haul destinations, within the reach of the masses from the 1970s onwards. With its two passenger decks, the 850-seat Airbus A380 went into service in 2007.