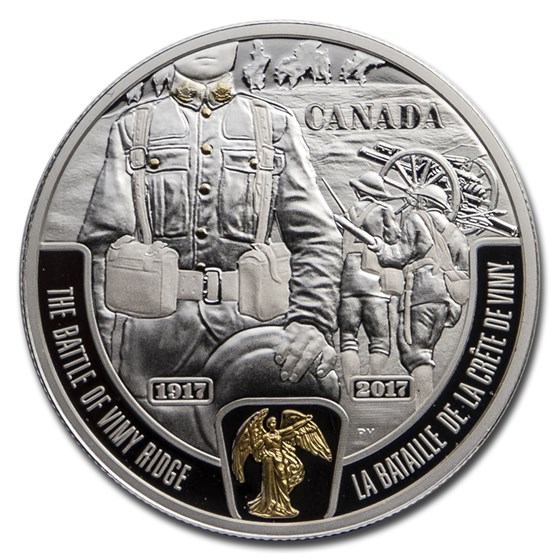 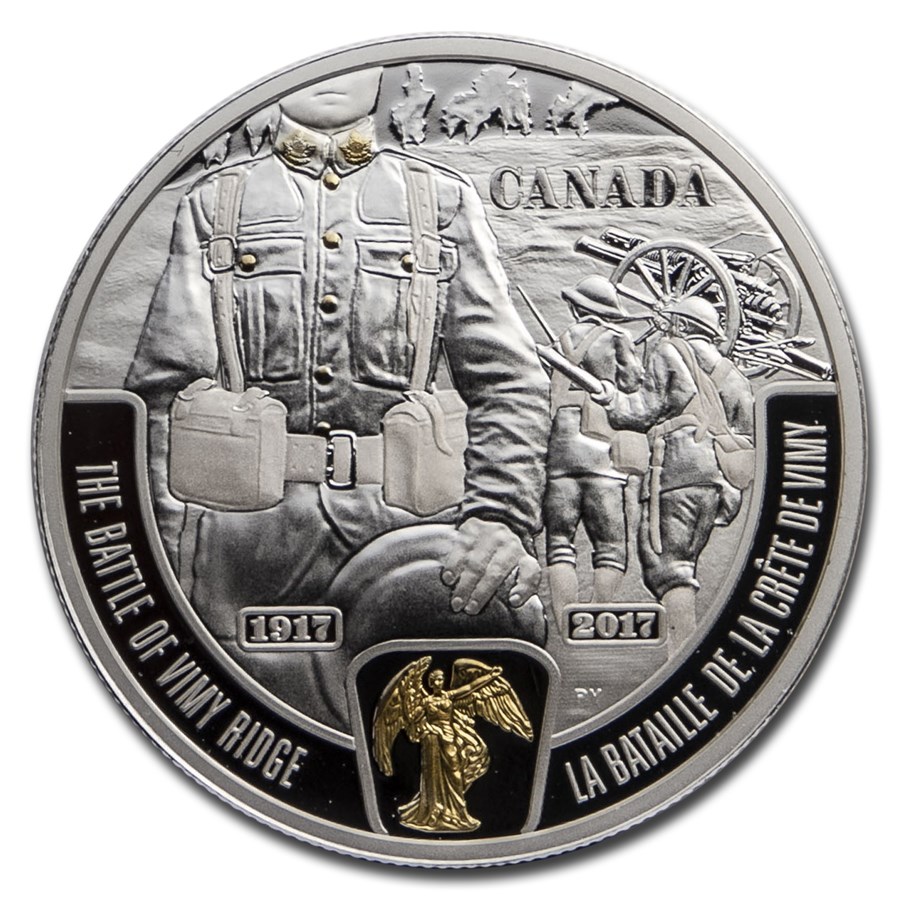 Product Details
Product Details
This fine Silver coin commemorates the 100th anniversary of one of the most important battles for Canadian forces during the First World War (1914-1918).

If Confederation represents the political birth of our nation, then the Battle of Vimy Ridge (April 9-12, 1917) marks the beginning of its rise to independent greatness, born of valor and sacrifice on the battlefield, where the Canadian National Vimy Memorial now stands The Royal Canadian Mint commemorates the 100th anniversary of Canada’s historic battle with a fine Silver coin that showcases one of our nation’s most poignant symbols of remembrance.

Add this 1 oz Silver $20 Anniversary of the Battle of Vimy Ridge coin to your cart today!