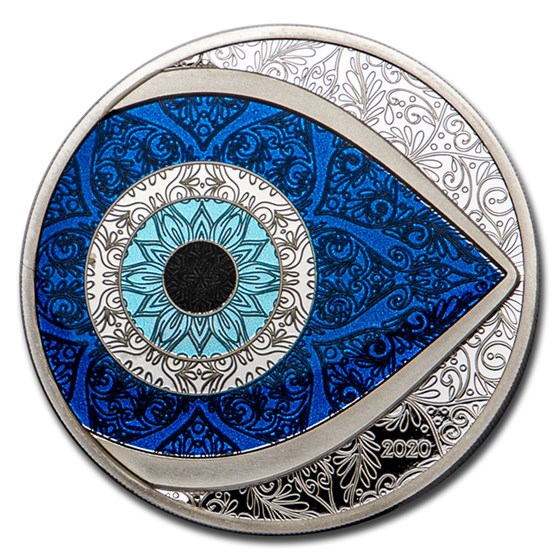 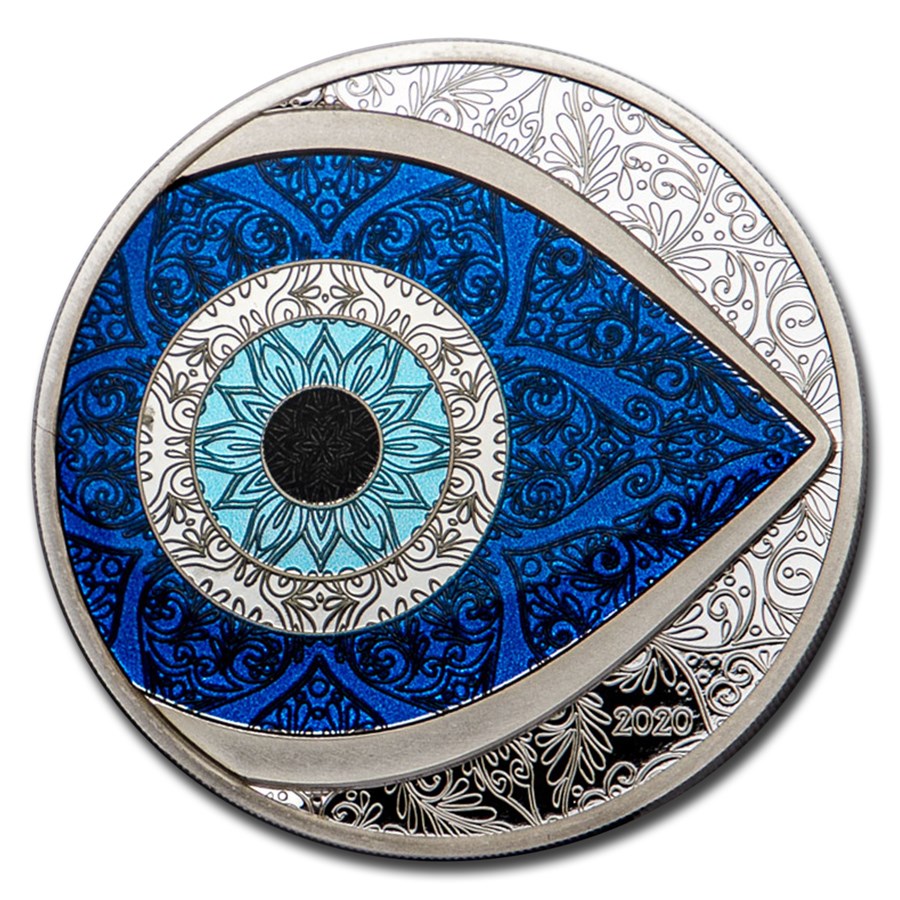 $27.43 $28.33
As Low As
Product Details
Product Details
The design on this coin is powerful and compelling and features the Smartminting technology. A mystical coin with a mintage of only 2,500 coins worldwide.

Coin Highlights:
A traditional Evil Eye was turned into amulets that were worn by millions to ward off the ill effects. Add this 1 oz Silver Evil Eye coin to your cart today!

The Evil Eye is a legend that dates back to ancient Roman and Greek times. It came to prominence during the Ottoman Empire and is defined as receiving an envious glare from people when you have success and praise is put upon you.