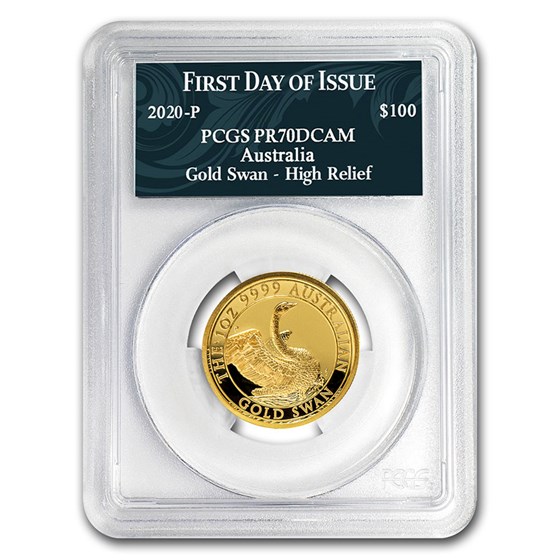 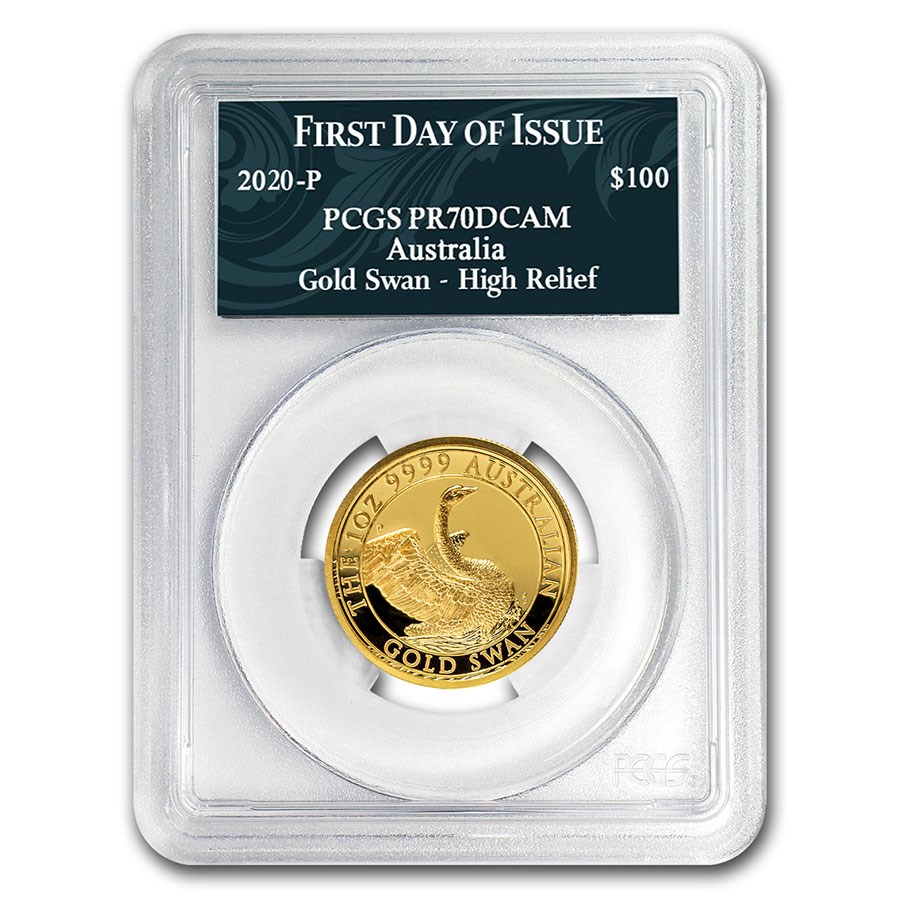 Your purchase will match the quality of the product shown.
Product Details
Product Details
Take advantage of this limited opportunity to own COA #1 of the stunning Proof Gold Swan graded a perfect PR-70 by PCGS.

Coin Highlights:
This swan is so lifelike that it appears to be ready to take flight off the coin itself. Add this Proof Gold Swan graded a perfect PR-70 with COA #1 to your cart today!

The Perth Mint has a phenomenal reputation for producing high quality Gold bullion that also provides collectors the ability to collect an entire series that showcases different designs. Customers worldwide collect the Lunars, Kookaburras and Koalas due to their resell values and collectibility.