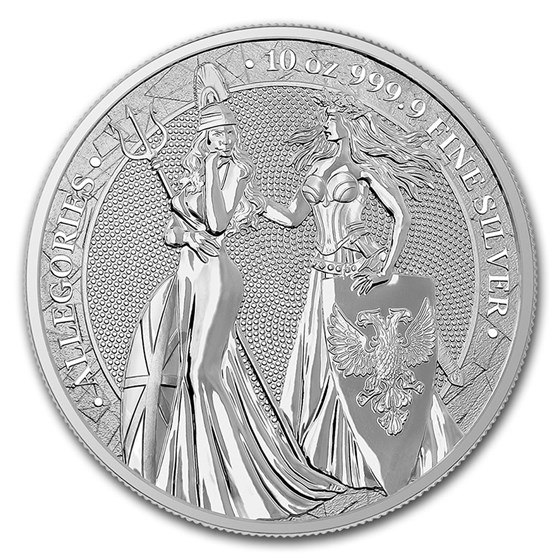 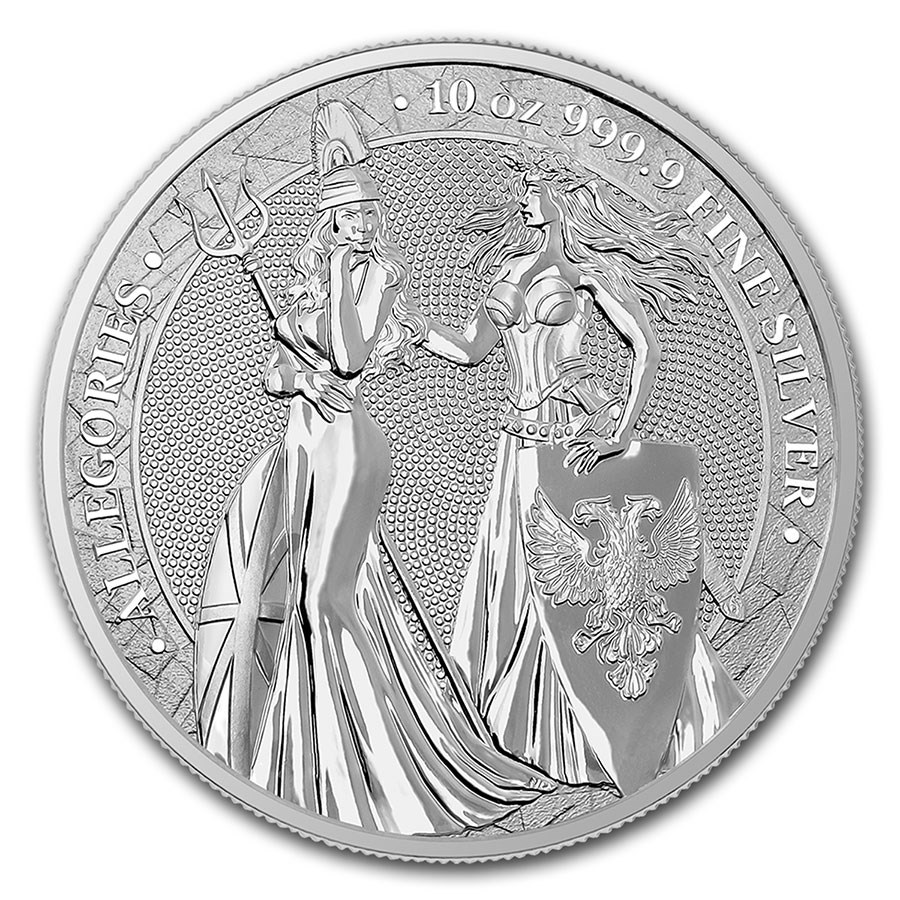 Product Details
Product Details
Following the success of the first Silver Germania release, the Germania Mint is expanding the world-wide sought after series with the 'Allegories' series. Germania will 'meet' with legendary national personifications in symbolic circumstances.

Germania expands on its first release of the popular 'Allegories' series with this 10 oz offering. The series features the Germania walking hand-in-hand with Britannia while holding their respective flags high in the air, with pride and honor.

In the Western world, the first feminine personifications of nations were usually majestic manifestations of values ??considered to characterize the communities of given countries or regions. Many of these visualizations came from the image of Athena and took the Latin names of the ancient Roman provinces, such as Germania, Polonia, Britania and Italia.

But why are the names of both countries and their personifications feminine? For a millennia, women have been seen as a weaker sex, that should show submission to men. Why national impersonations are women then? There is no unambiguous answer to these questions. It is assumed, however, that people have always identified their homeland with their mother – the first source of food, care and love. Probably that is why terms such as “mother Earth” or “homeland” have found a permanent place both in mass consciousness and in the commonly used language. Although in the overwhelming majority it is still mainly men who are the world leaders, people in times of trial, such as wars or disasters, symbolically turn to the “mother of the nation” for protection and favor.