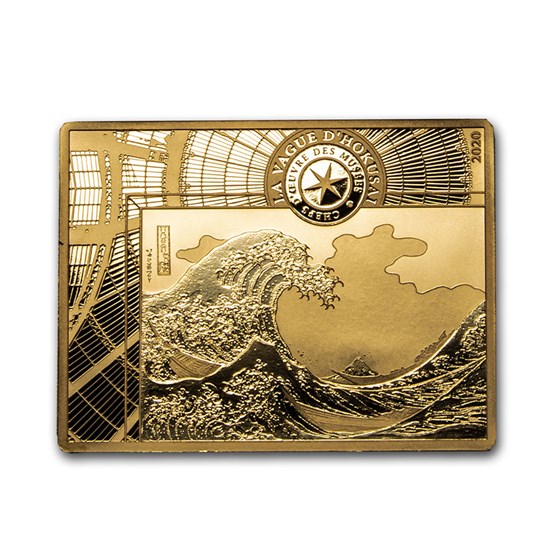 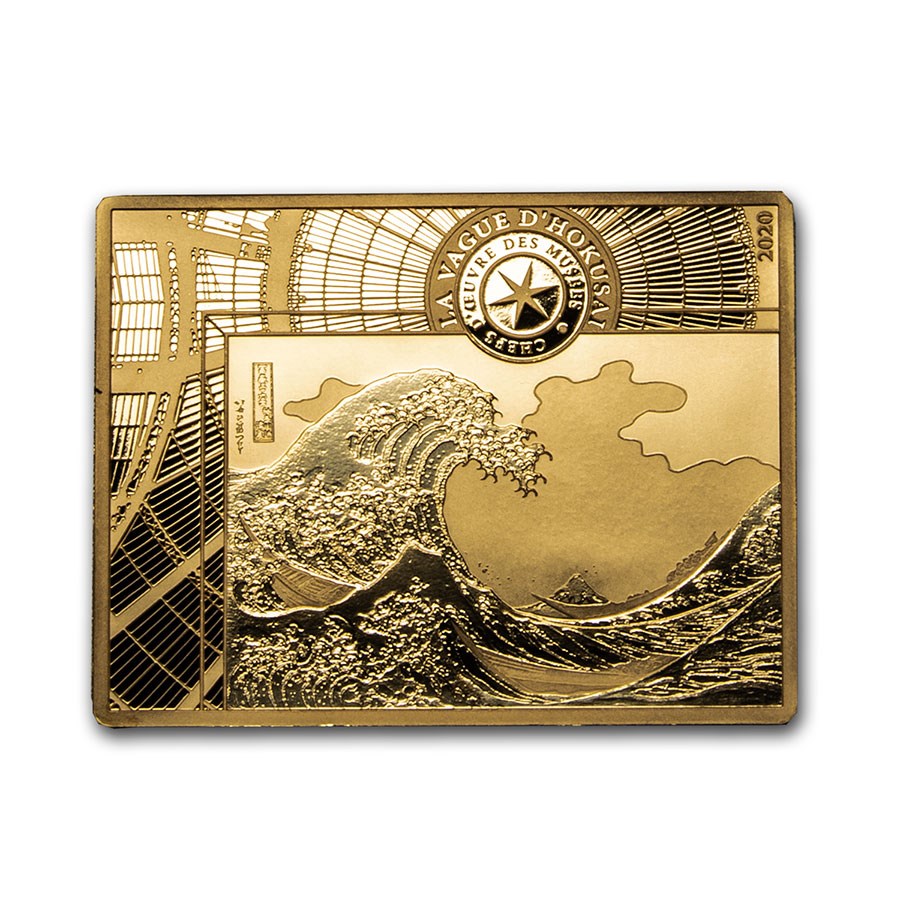 Your purchase will match the quality of the product shown.
Product Details
Product Details
Masterpieces of Museums from Monnaie de Paris celebrates works of art which have been the subject of major exhibitions or were produced in France. This release features "The Wave" by Hokusai.

Coin Highlights:
This Gold proof coin would be a great addition to any collection or an ideal gift for an art enthusiast. Add this 2020 Gold €200 Masterpieces of Museums Proof The Wave coin to your cart today!

The Wave
Created during the Edo era of 1830-1833, The Big Wave of Kanagawa is part of Hokusai's series "Thirty-Six Views of the Fuji Mount" and is considered the most famous. Hokusai's was known as a specialist in ukiyo-e, a Japanese printing technique which was popular during the era. The series can be found in museums all over the world, including the Guiment Museum in Paris. The Wave was also displayed in the Grand Palais in 2014 during an exhibition dedicated to Japanese artist.

The Grand Palais
Built in 1897, the Grand Palais was created on the occasion of the Universal Exhibition of 1900. With a classic facade and its glass roof, the Grand Palais has become a symbol of Art Nouveau. Exhibitions, fashion shows, fairs, and many varied and diverse events have been shown in this historic monument.