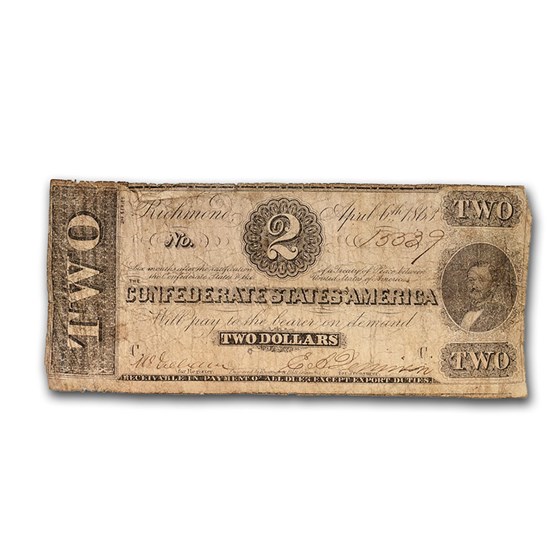 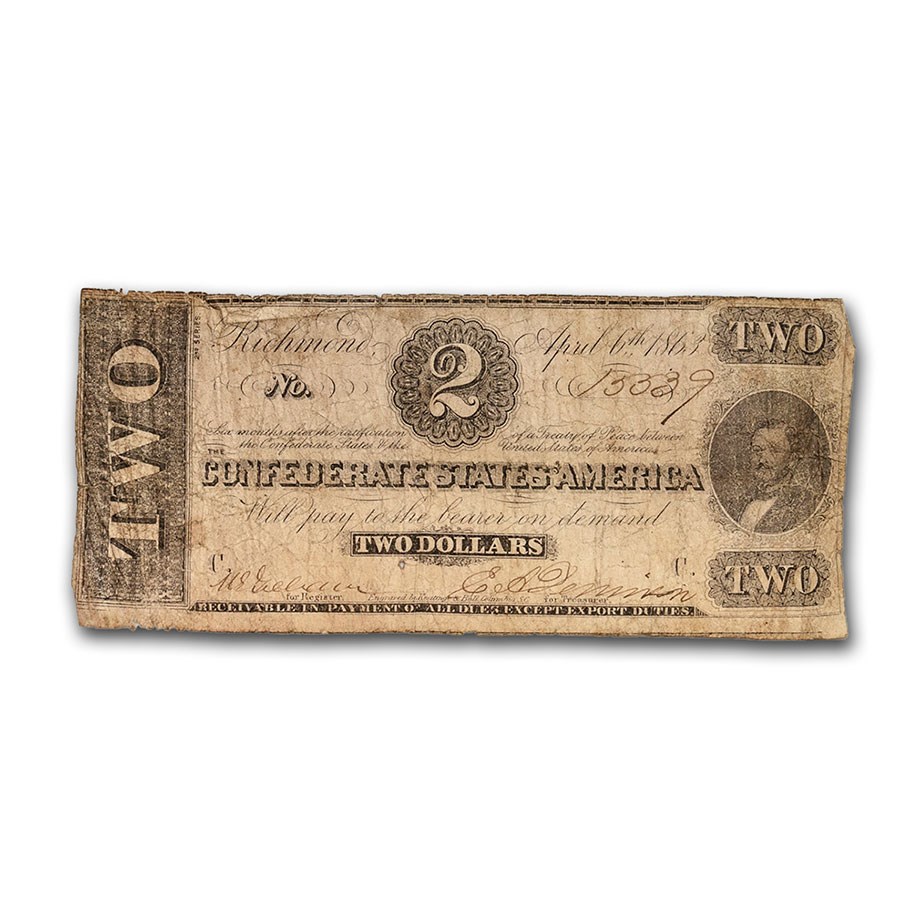 Product Details
Product Details
This note has a "2" at center and an oval portrait at right of Judah Benjamin, who served as Confederate Secretary of War and of State.

This note has seen heavy wear, but is intact without the usual damages typical of these CSA paper money issues due to the quality of paper being used. This note is a decent and affordable example of CSA paper money used during the Civil War.