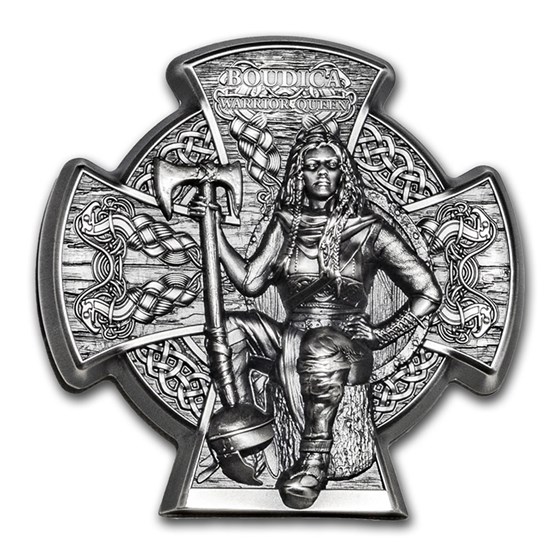 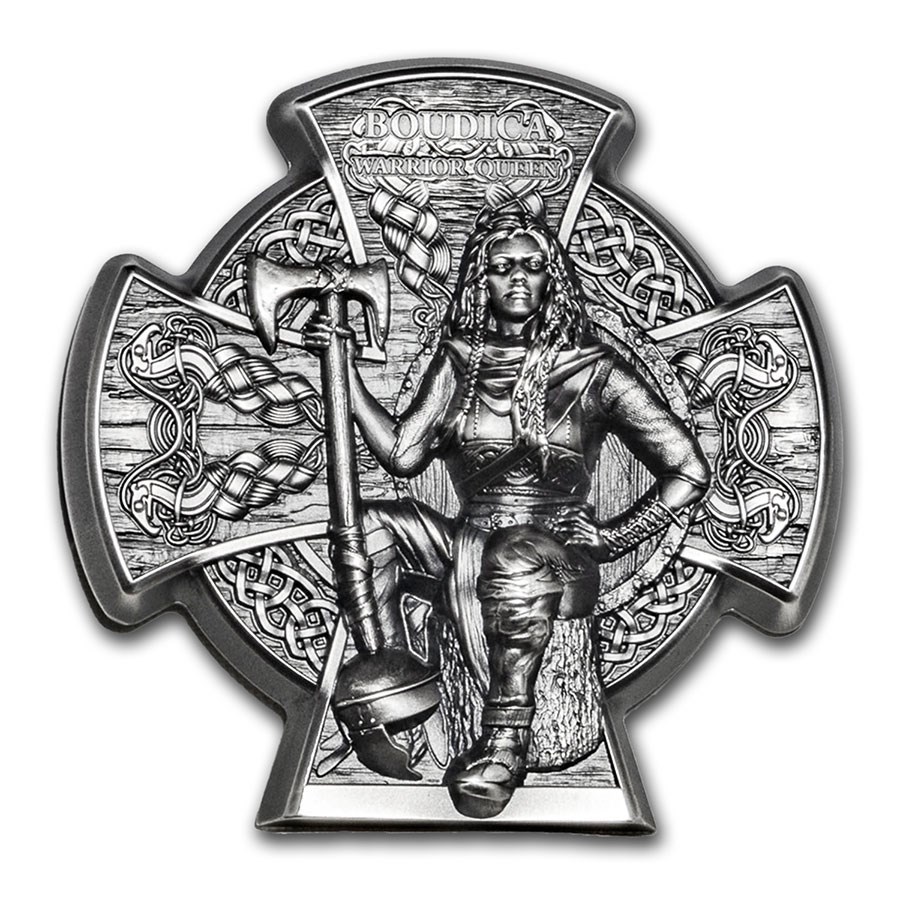 Product Details
Product Details
This is a follow-up to the Mananná coin with breathtaking antique finish and struck with Smartminting© technology. This coin has a mintage of only 999 coins!

Protect and display your Warrior Queen coin in style by adding an attractive display or gift box to your order.

This Silver coin with a wonderful design. Add this 3 oz Antique Silver Boudica coin to your cart today!

Boudica led a revolt in 60/61 AD against the Romans that inhabited her home England. According to historians, she was driven to lead the revolt after the King, her husband, had died and the Romans took over her lands. Her and her family were humiliated by the Romans and she vowed revenge. This Warrior Queen led her forces to overtake three of the largest Roman inhabited cities and was only the final battle away from driving the Romans completely out of England.