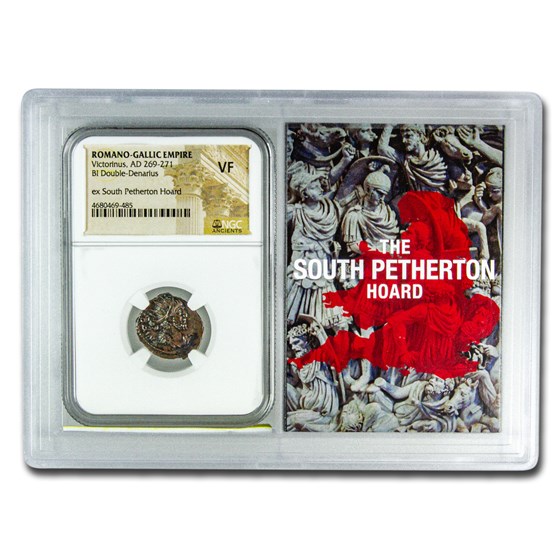 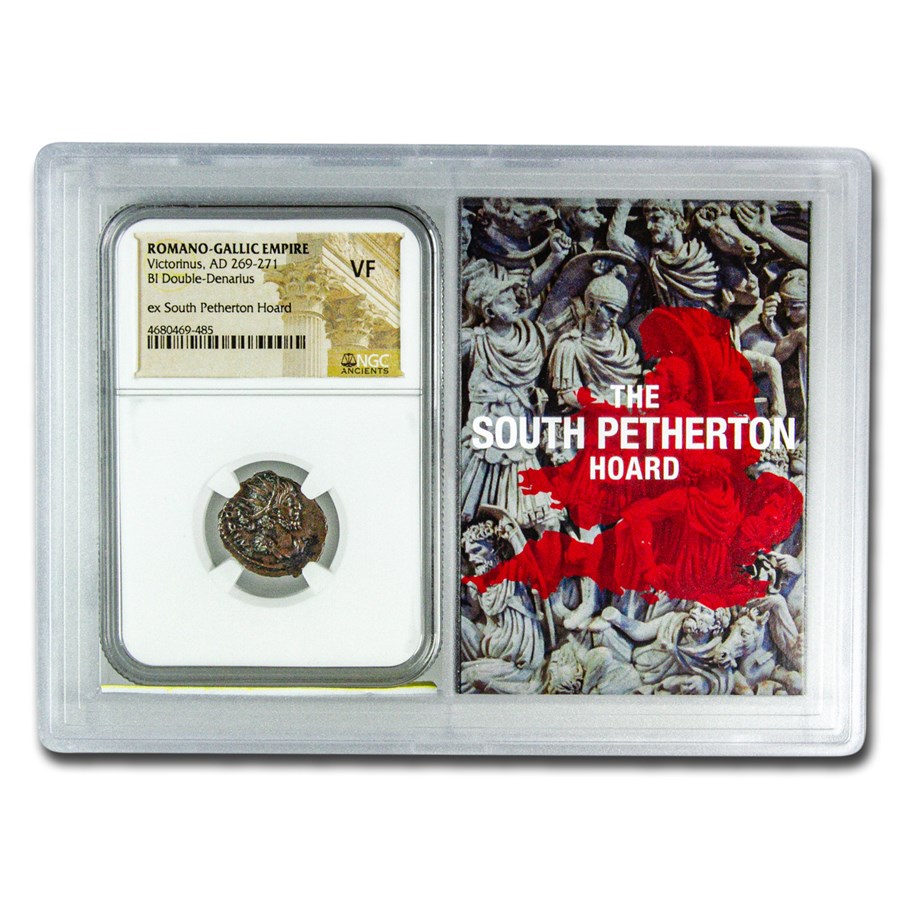 Product Details
Product Details
As low as $54.99 per coin
The South Petherton hoard consisted of over 7,500 debased Silver coins hidden in Britain near the end of the Third Century. These coins may have been hidden by a Roman Legionary whose pay would have ballooned during the period because of inflation.

Add this Roman Double Denarius of Emperor Victorinus to your cart today!