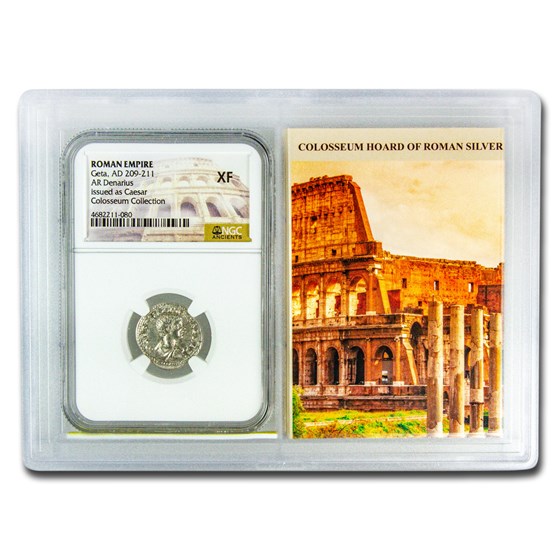 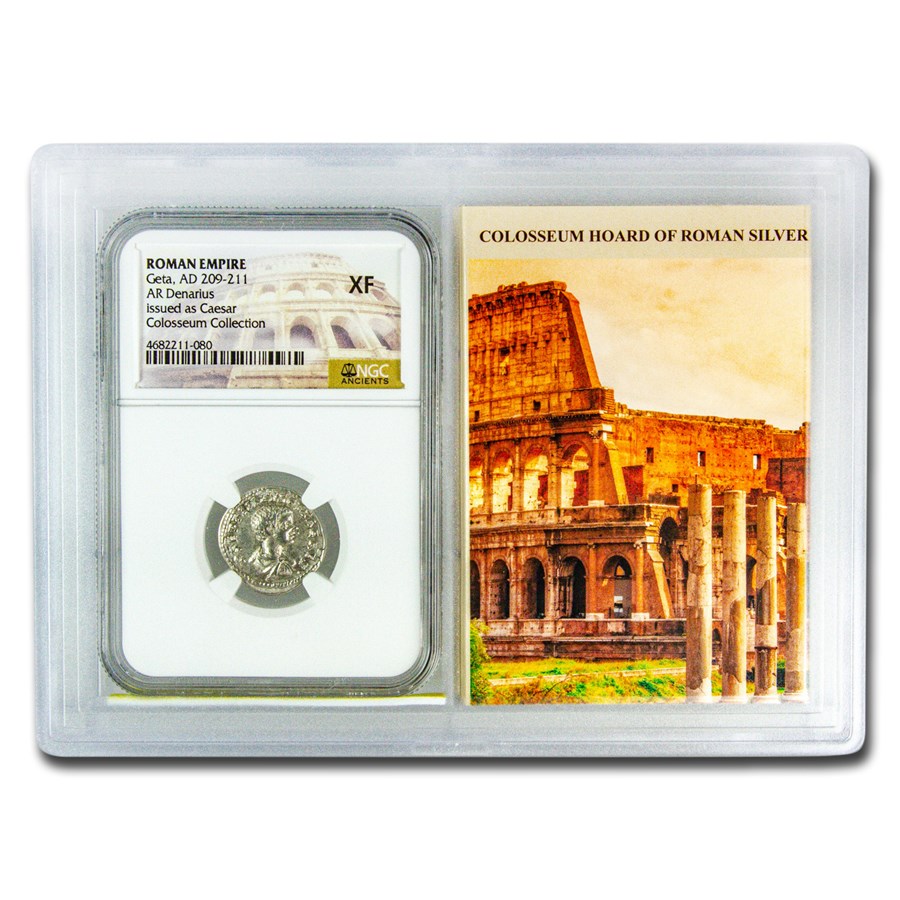 Product Details
Product Details
As low as $129.99 per coin
This Roman Silver Denarius was issued during the brief reign of Emperor Geta, who was embroiled in a furious rivalry with his brother, and ruled from 209-211 AD. This coin is protected in an attractive Colosseum Hoard NGC Story Vault.


Display your Ancient coin in style by adding a presentation box to your order today.

Add this Roman Denarius of Emperor Geta to your cart today!