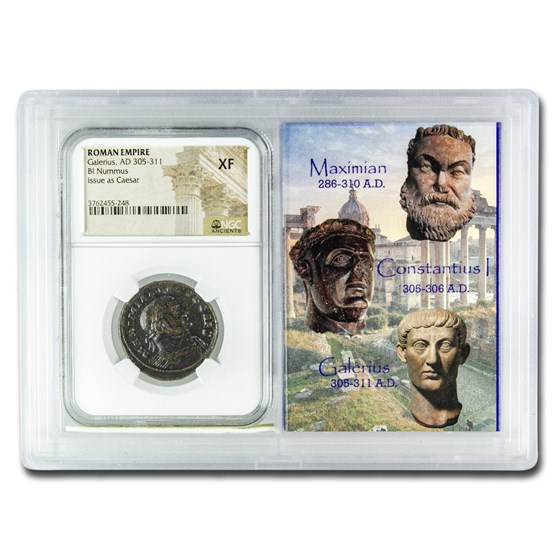 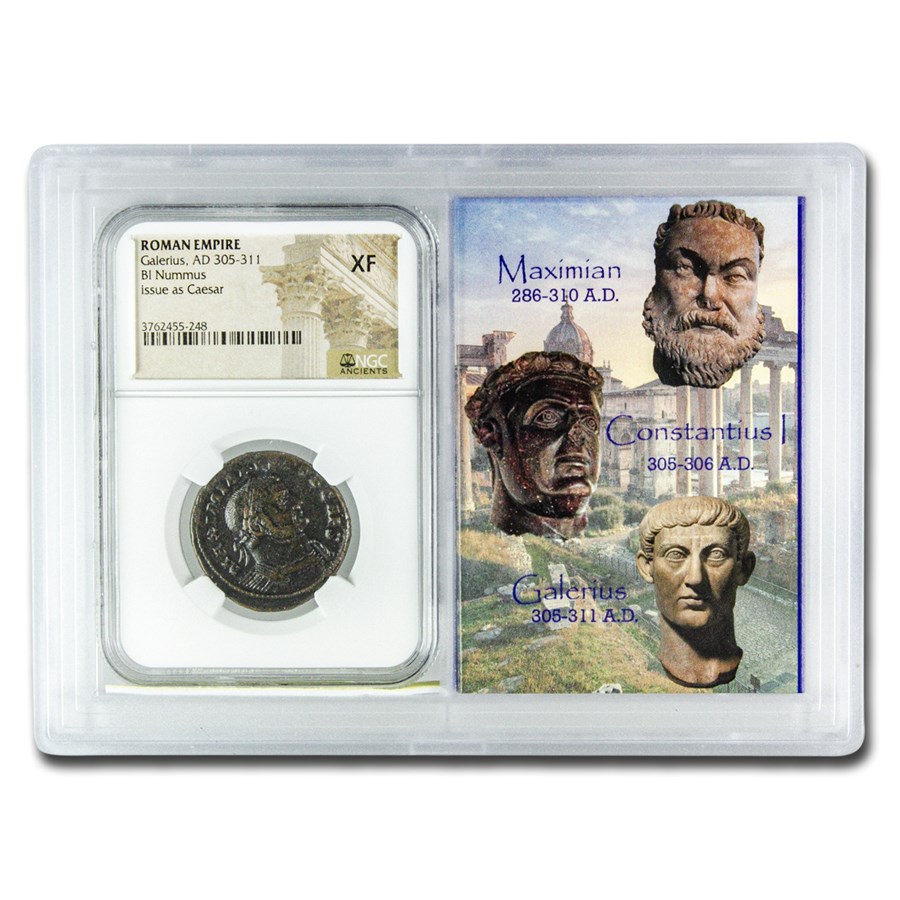 Product Details
Product Details
As low as $109.99 per coin
The Billon issues of the Nummus allowed Roman engravers larger surfaces to work with and often produced some of the more detailed portraiture coinage. This example is from the reign of Galerius, 305-311 AD.


Display your Ancient coin in style by adding a presentation box to your order today.

Add this Roman Nummus of Emperor Galerius to your cart today!