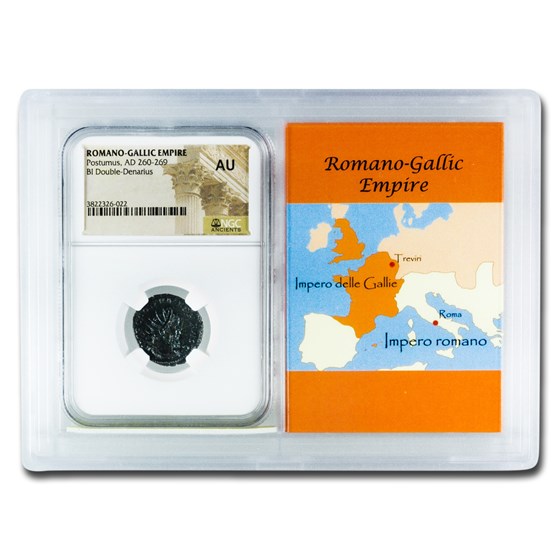 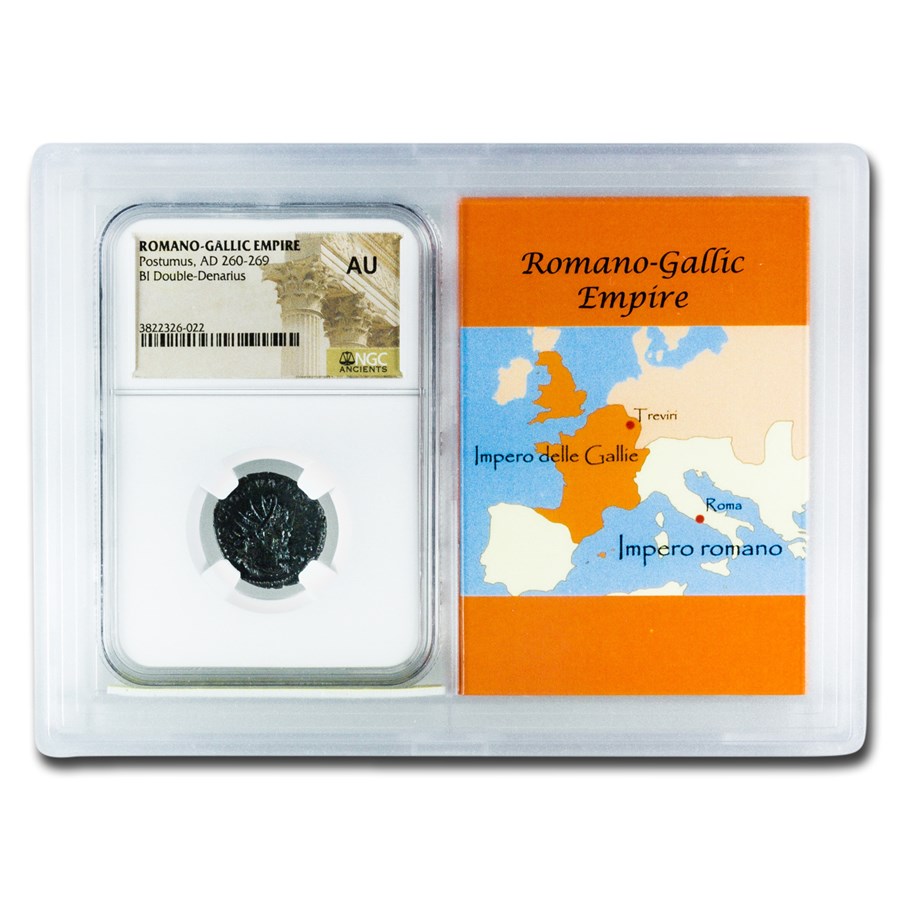 
Display your Ancient Double Denarius coin in style by adding a presentation box to your order today.

Add this Roman Double Denarius of Emperor Postumus to your cart today!