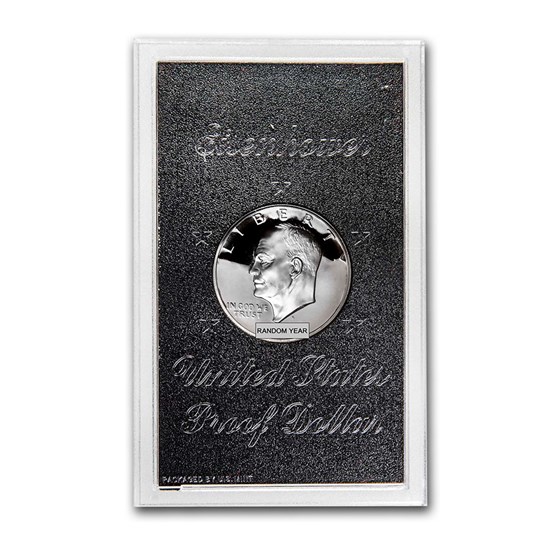 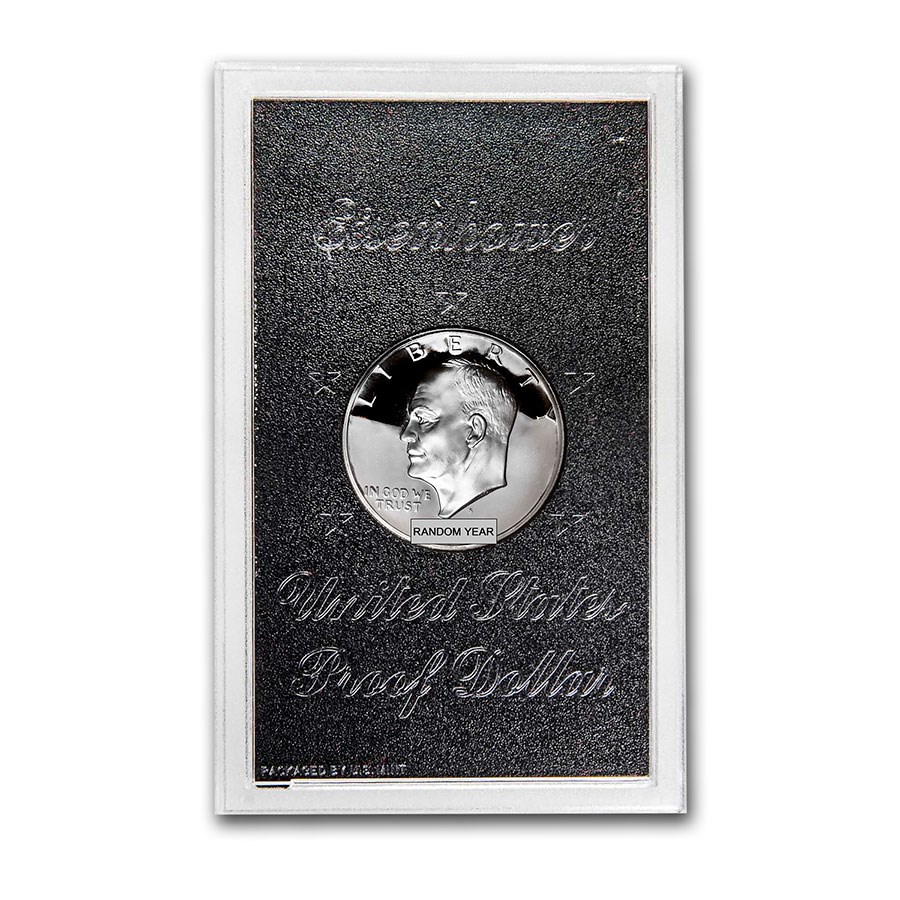 Product Details
Product Details
As low as $16.99 per coin
These 40% silver dollars were struck soon after the passing of President Dwight D. Eisenhower. In honor of Eisenhower's legacy, President Richard Nixon signed legislation that authorized the production of the first "Ike" Dollars, to be released in 1971.


Coin Highlights:
Preserve your own part of American History by starting a collection of Ike Dollars. Add to your collection by including this Proof 40% Silver Eisenhower Dollar to your cart today.

Note: Since the coins are in sealed cases, they come AS IS, and may or may not be toned.

Very nice presentation of this coin in original mint holder