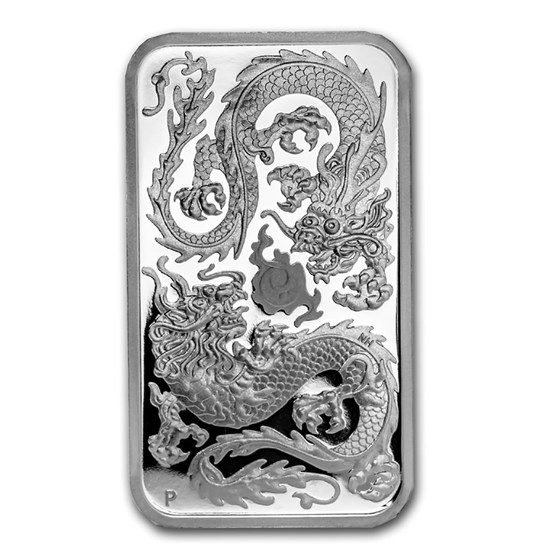 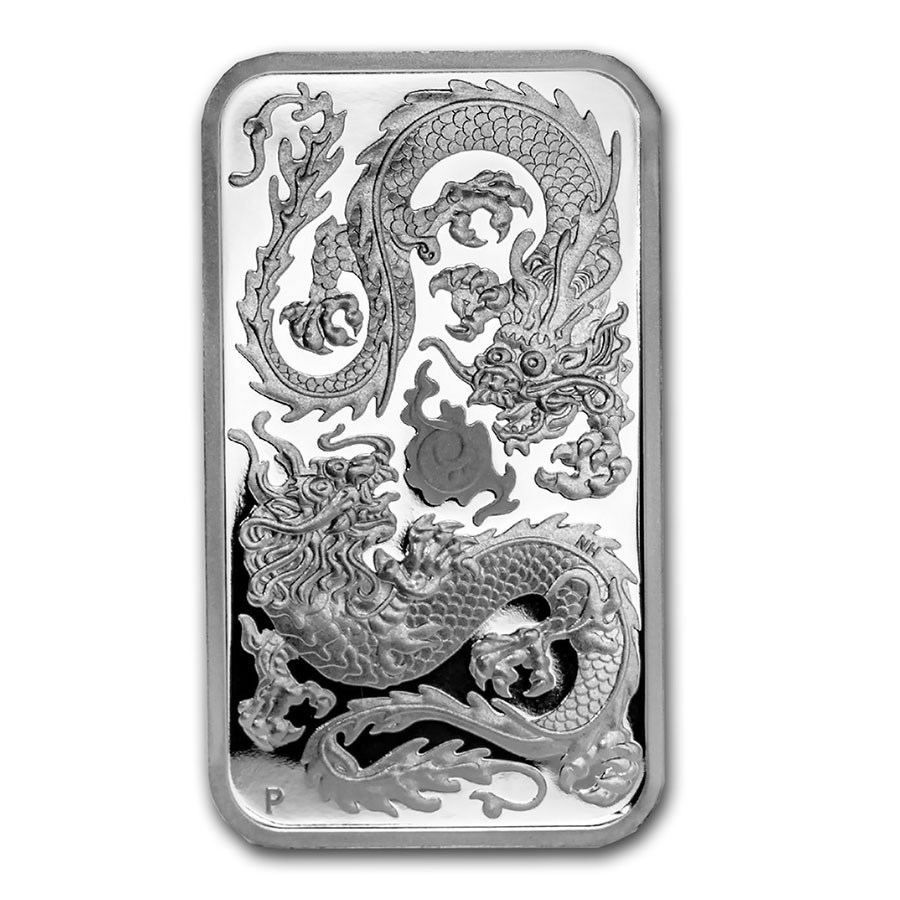 Your purchase will match the quality of the product shown.
Product Details
Product Details
The Perth Mint is excited to release this 1 oz Silver proof coin featuring the Chinese dragon in a unique rectangular format.

Depicted as serpentine-shaped creatures with large-eyes, horns, fish scales and sharp claws, mythological dragons have been part of Chinese culture for thousands of years. Despite their fearsome appearance, they are considered to be benevolent creatures with divine origins. Said to offer humanity guidance and protection, they symbolized the emperor’s sacred power and are still regarded powerful omens of good fortune.

I love unique designed bars and coins and this is one I'd recommend purchasing! At only 1 oz of silver for the cost might scare people away, but the bar has incredible detail. I was also blown away by how perfect the bar was displayed in an air tight frame.