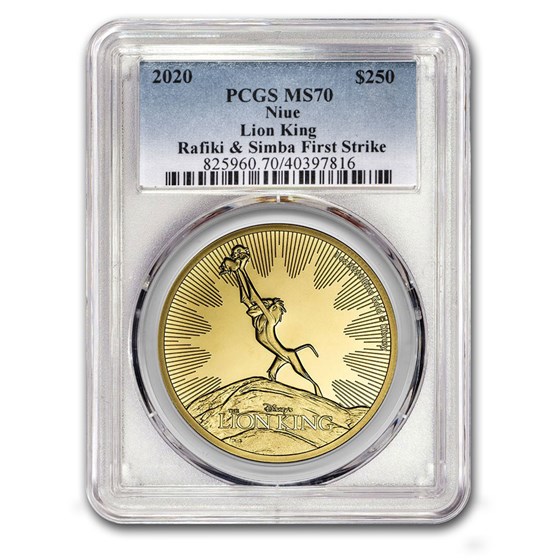 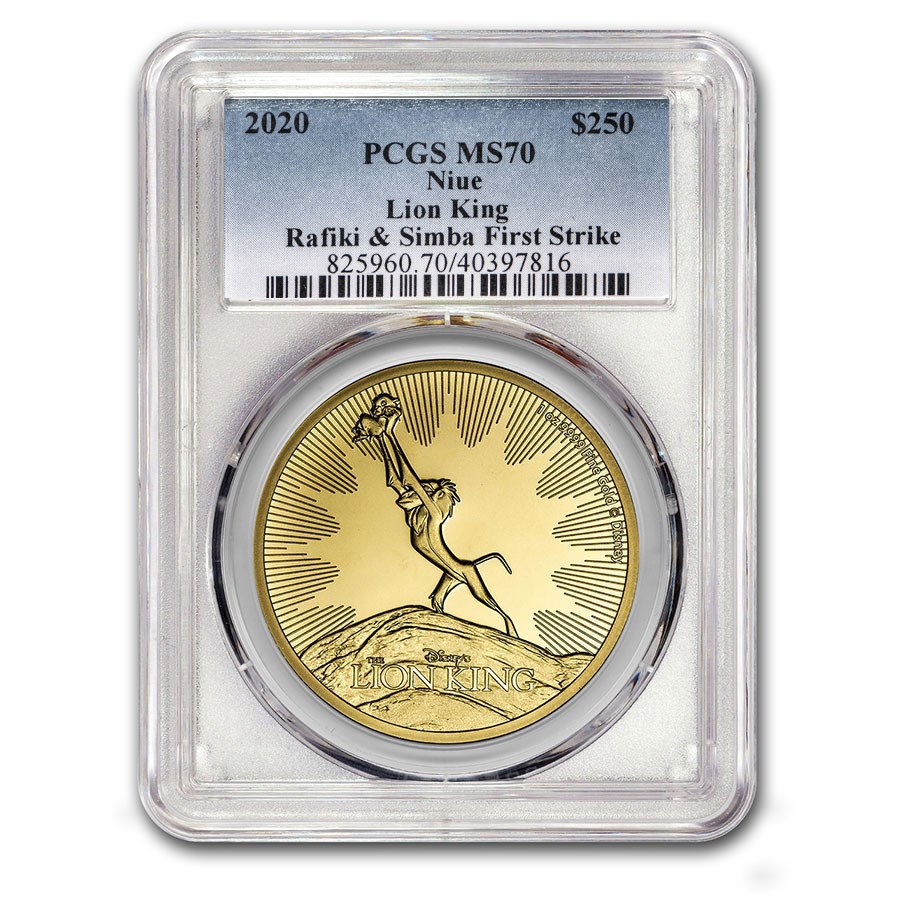 Product Details
Product Details
This stunning .9999 fine Gold coin features an officially licensed image of Simba from Disney's The Lion King. There are only 250 coins produced, with even less in this PCGS-certified packaging.

Coin Highlights:
The Lion King was an iconic Disney movie released in the mid-1990s. It has been a favorite of movie-lovers ever since. Add this perfect MS-70 1 oz Gold Lion King coin to your cart today!