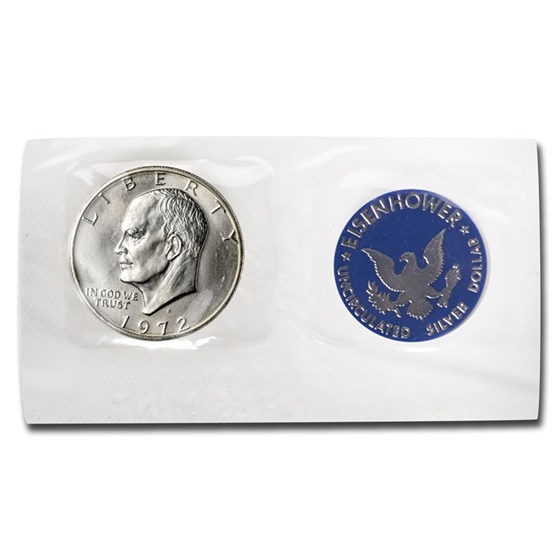 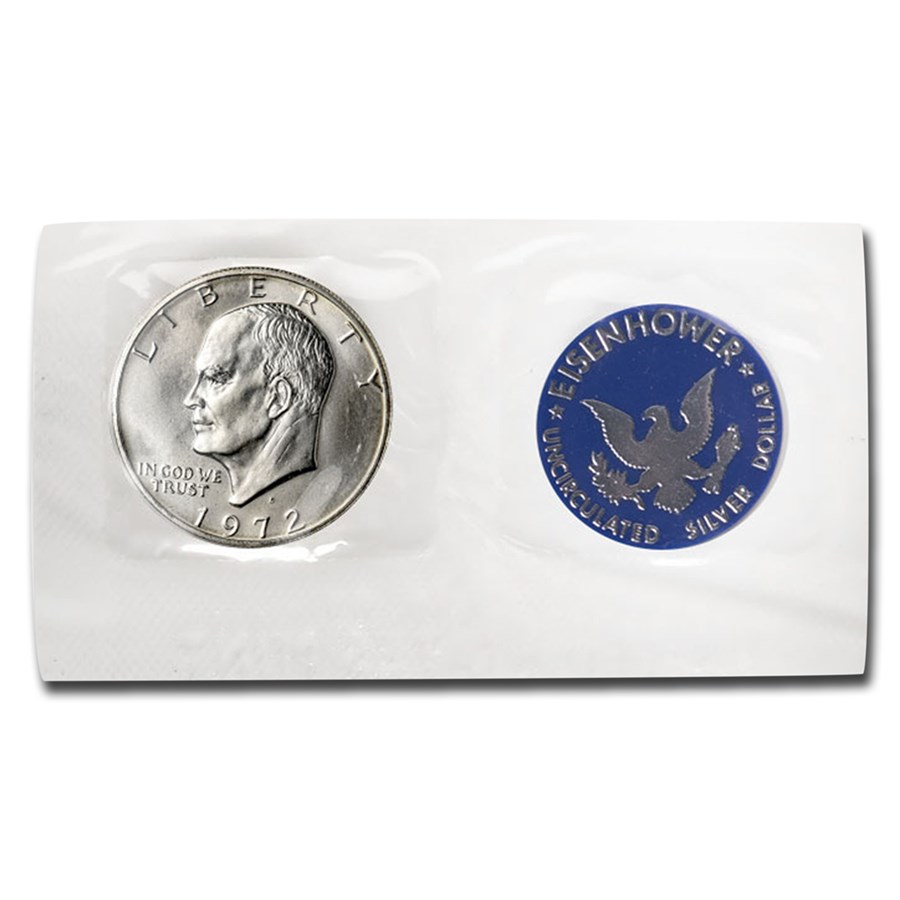 Product Details
Product Details
As low as $13.49 per coin
Superb GEM, Untouched in their original government issued packaging with envelope and COA. The Ike Dollar since its conception in 1971 has served as a popular series for modern day collectors to collect.

Coin Highlights:
Preserve your own part of American History by starting a collection of Ike Dollars. Add to your collection by including this BU 40% Silver Eisenhower Dollar to your cart today.