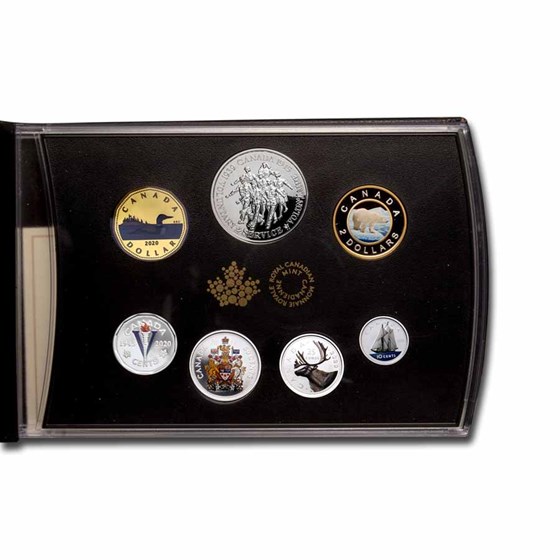 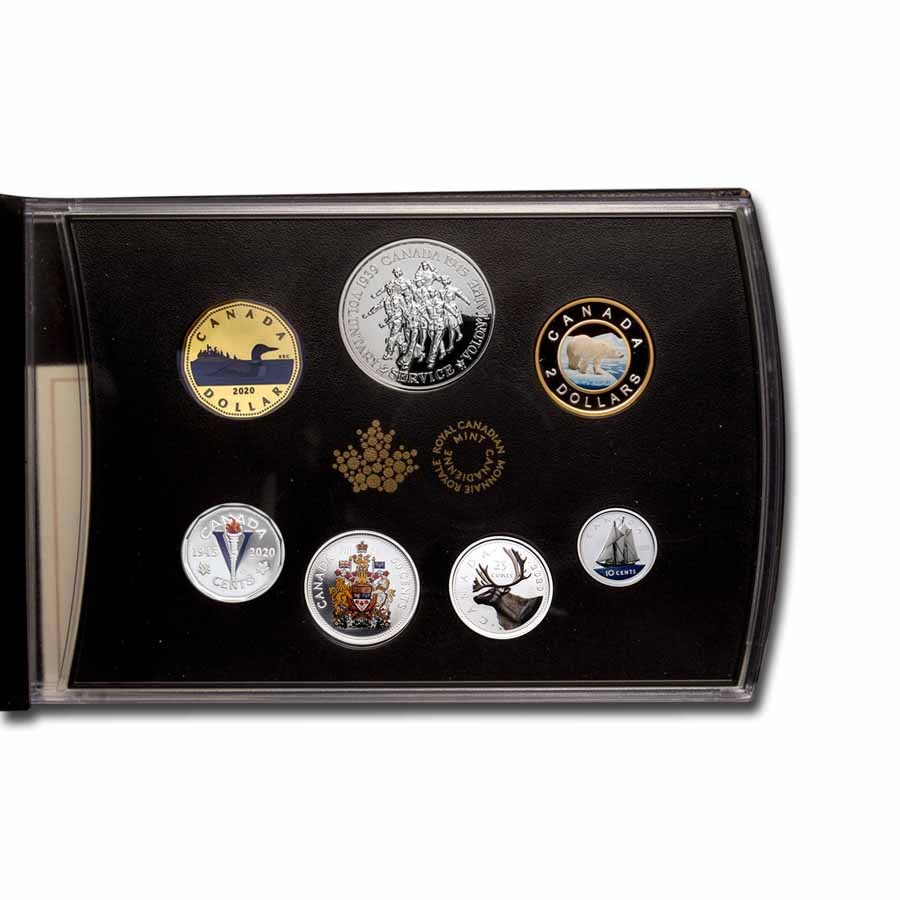 Product Details
Product Details
Now in its third year, the coin and medallion set is the only annual set to feature Canada’s circulation coin designs in color and in .9999 fine Silver.

You’ll find those classic designs in the 2020 edition but the 5-cent coin is an exclusive colorized tribute to Thomas Shingles’ Victory nickel. Shingles originally engraved the design on the medallion too: it’s a faithful reproduction of the Canadian Volunteer Service Medal, which was awarded to more than 650,000 Canadians in recognition of their voluntary service in the Second World War.