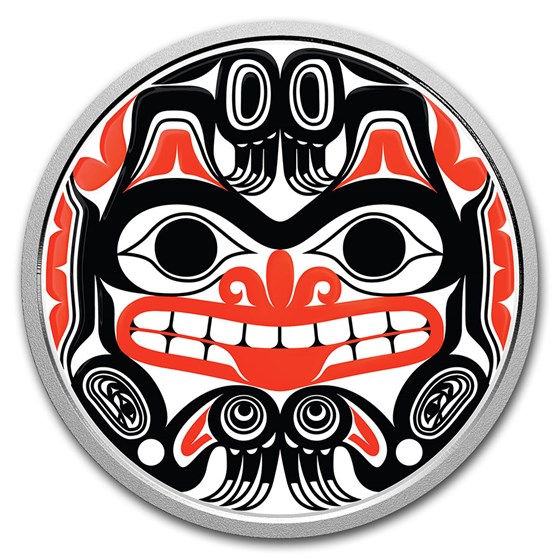 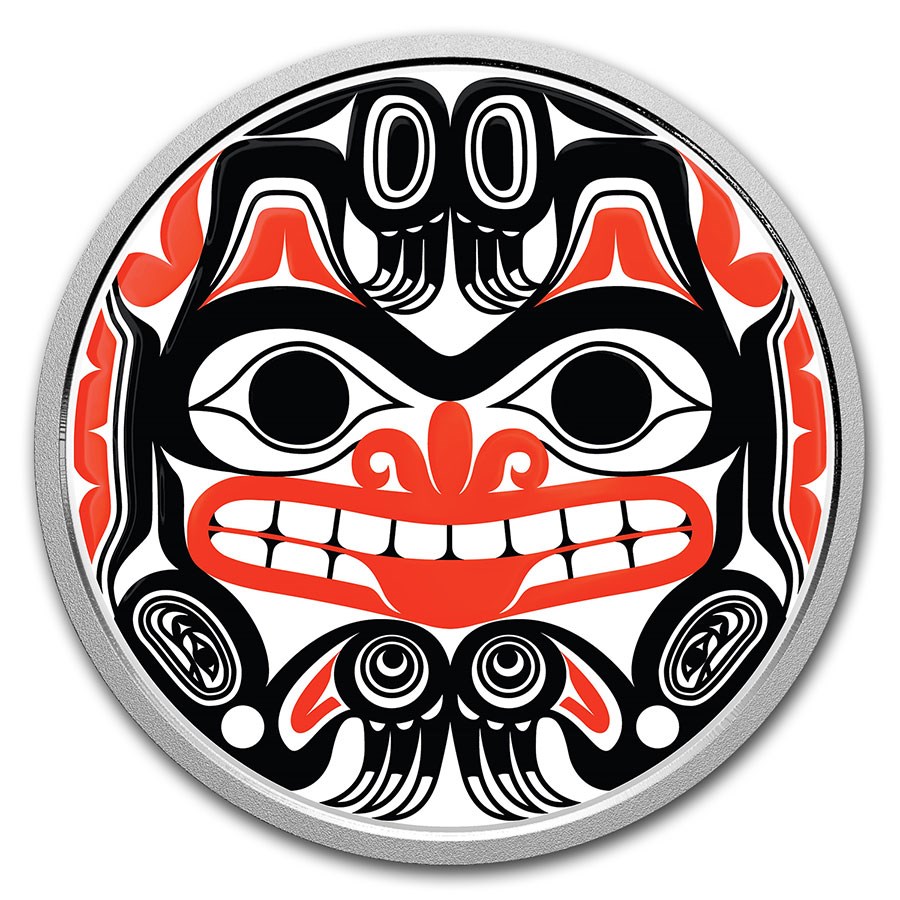 These items are on a slight delay with an expected ship date of November 19, 2020. Your entire order will ship upon their arrival.

Bill Reid's artwork has appeared on Canadian coins, including this 1 oz pure Silver tribute to the artist on the 100th anniversary of his birth. We've combined engraving and color technology in this Silver version of Bill Reid's Xhuwaji, Haida Grizzly Bear featured on the special edition 2020 $2 circulation coin.

A proud celebration of culture that also honors the artist on the 100th anniversary of his birth. Add this Silver Bill Reid Grizzly Bear coin to your cart today!