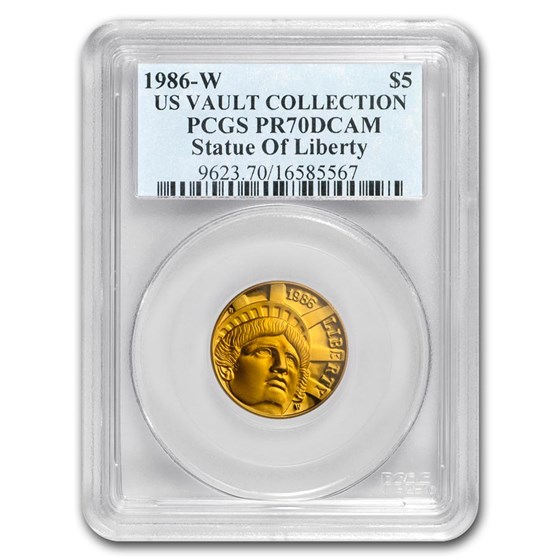 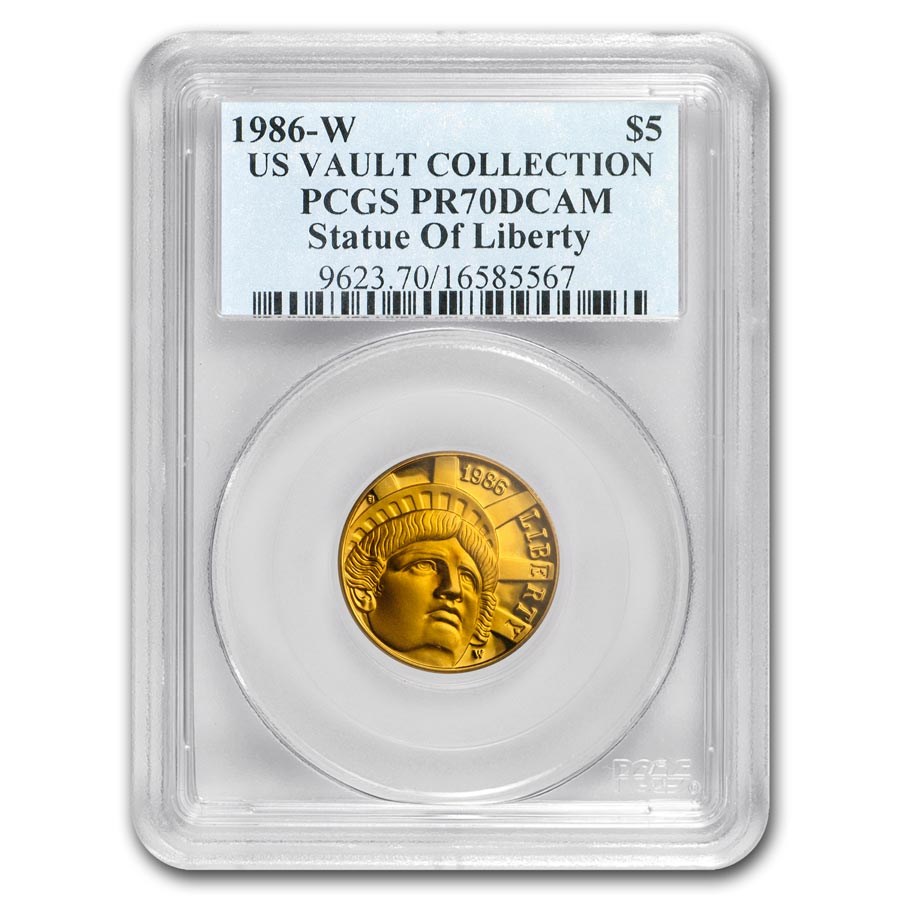 Population of just 604 coins!
This beautiful Gold coin was issued to commemorate the 100th anniversary of the dedication of the Statue of Liberty, which took place on October 28, 1886. This Gold coin has been graded Proof 70 Deep Cameo by PCGS!

The obverse of this Gold coin features a close-up view of the face and crown of the Statue of Liberty, along with inscriptions of the word “Liberty” and the year. The reverse shows a bald eagle in flight encircled by 13 stars, representing the original colonies, along with phrases seen on United States Currency.