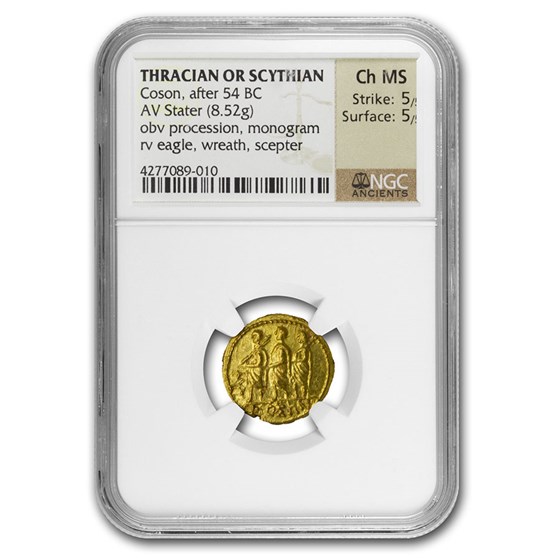 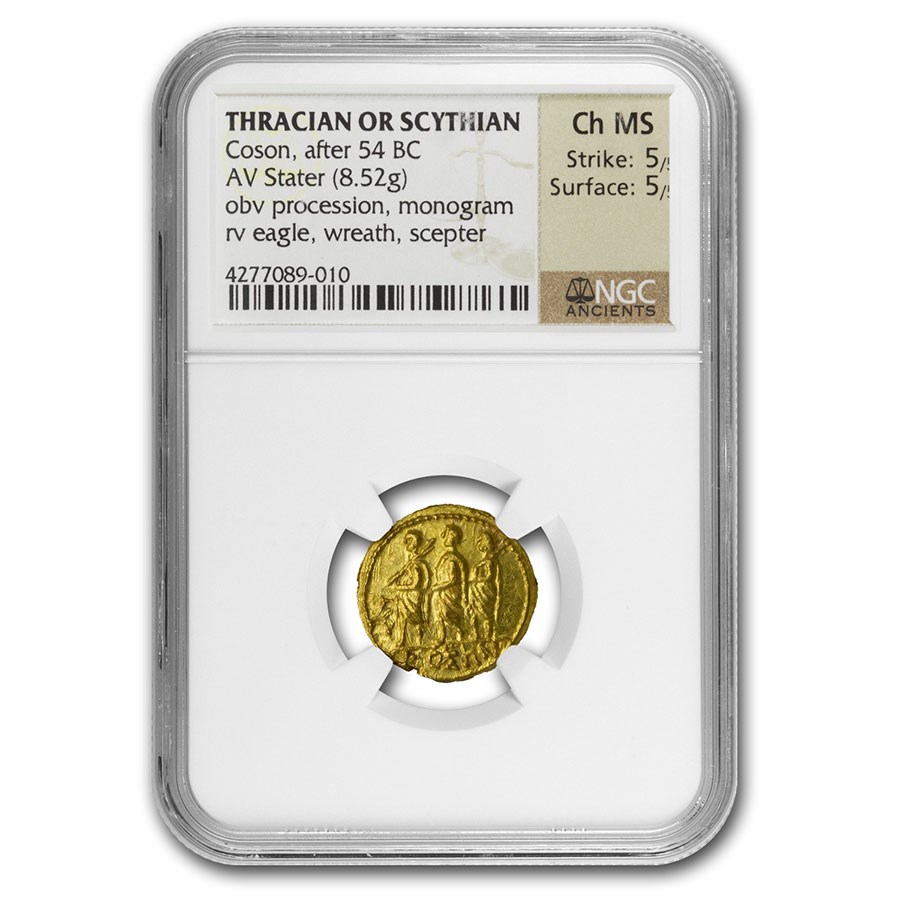 Your purchase will match the quality of the product shown.
Product Details
Product Details
This incredibly stunning Gold coin was issued by Marcus Junius Brutus, the infamous murderer of Julius Caesar over 2,000 years ago. It was minted in Thrace or Scythia while under Roman rule.

Add this Ancient Gold Stater to your collection today!