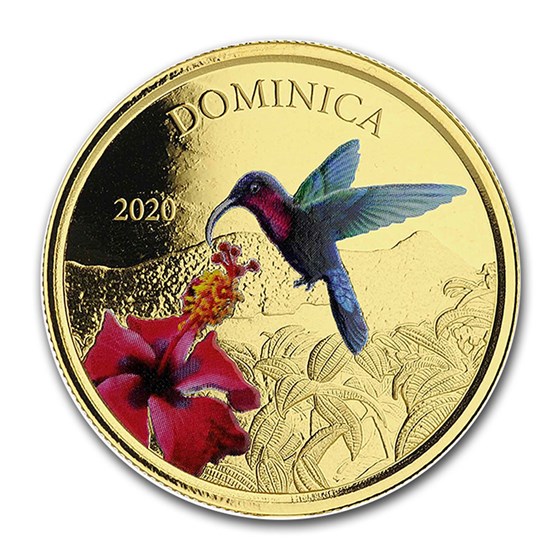 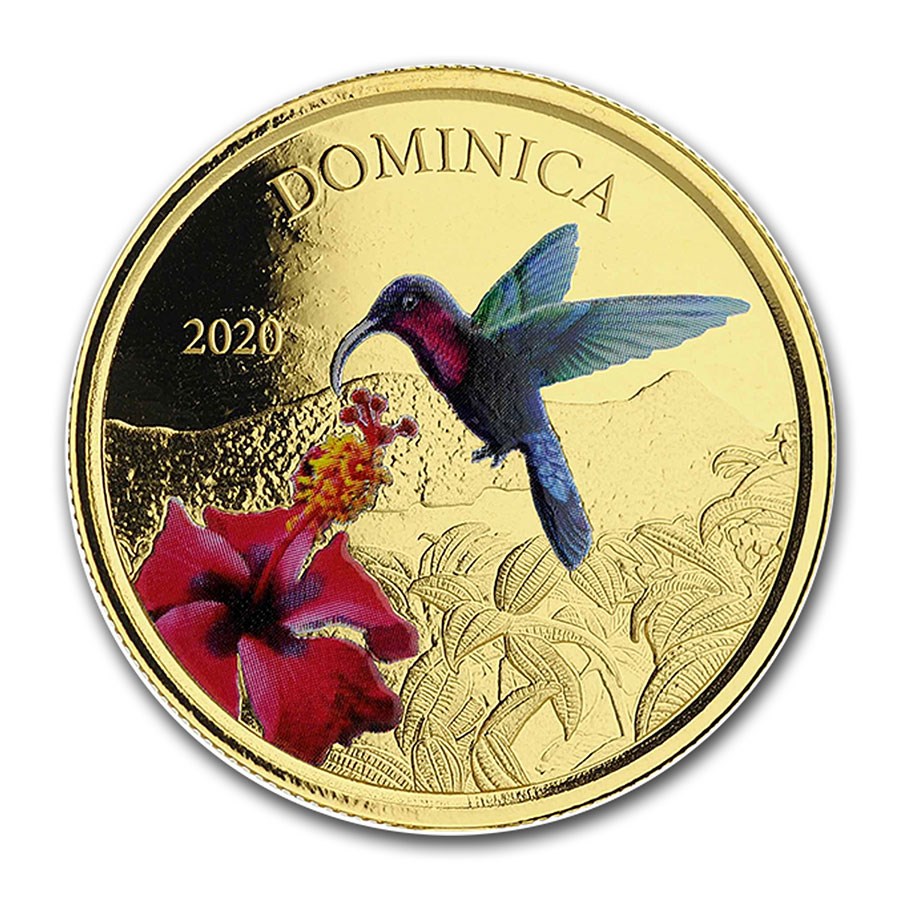 Product Details
Product Details
The Dominica Hummingbird will be the third issue in the EC8 coin program. This Gold coin, issued from Dominica, depicts the Purple-throated Carib, a species of hummingbird native to the Eastern Caribbean, flitting about a hillside in search of nectar.

The EC8 (Eastern Caribbean Central Bank) program will consist of four coins minted in 2020 on behalf of each of the eight Caribbean island members that comprise the ECCB - Anguilla, Antigua and Barbuda, Commonwealth of Dominica, Grenada, Montserrat, Saint Kitts and Nevis, Saint Lucia, and Saint Vincent and the Grenadines. The ECCB is the official issuer of the Eastern Caribbean Dollar, the Currency of the EC8 2020 Coin Program.

Collect a piece of history from each of the beautiful Caribbean Islands. Add this Gold Colorized Dominica Hummingbird Proof coin to your cart today!