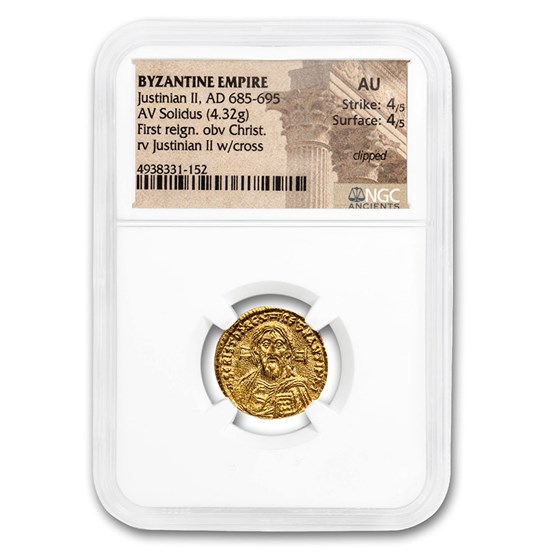 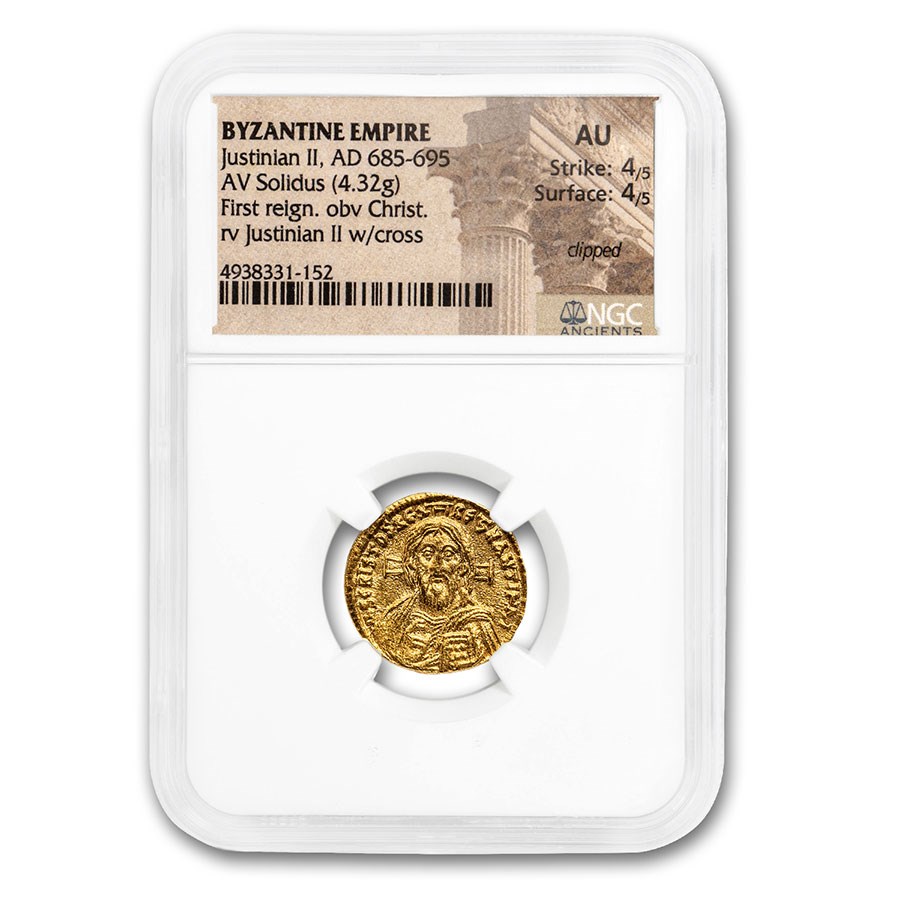 Your purchase will match the quality of the product shown.
Product Details
Product Details
This coin was struck during the first reign of Justinian II, a pious emperor with dreams of restoring the Roman Empire. Justinian II removed the emperors portrait from the front of circulating Gold, instead displaying a portrait of Christ in modesty.