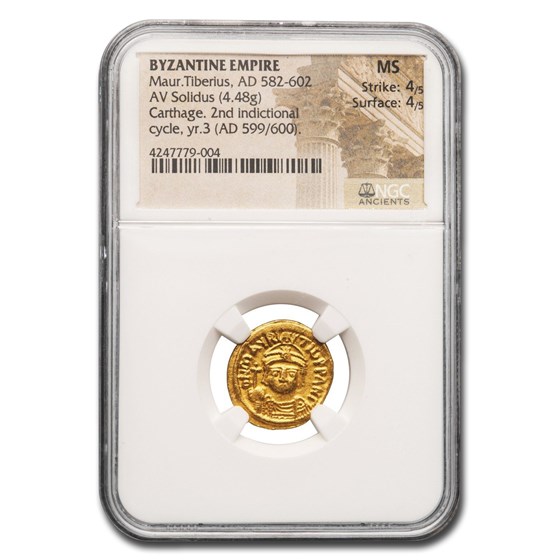 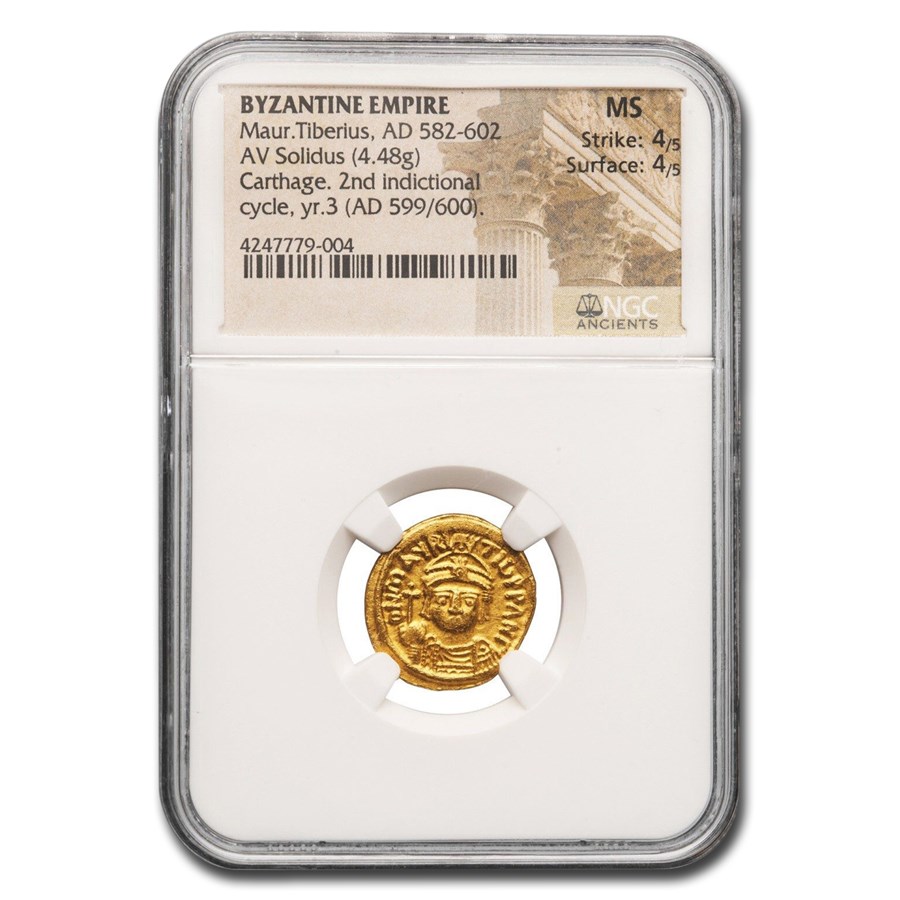 The product pictured is the exact product you will receive.
Product Details
Product Details
This Gold Solidus represents one of the last struck during the Justinian Dynasty. This is an emission from the City of Carthage, the Ancient Roman Conquest still held by the Byzantine Empire (Eastern Roman Empire) 1000 years later.

Coin Highlights:
Protect and display your Maurice Tiberius Gold coin in style by adding an attractive display or gift box to your order.