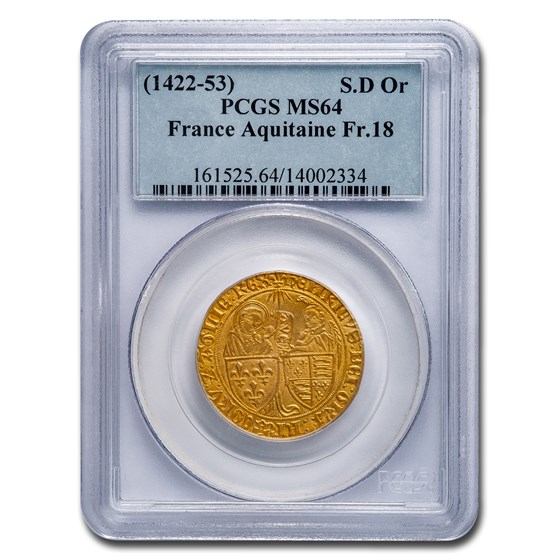 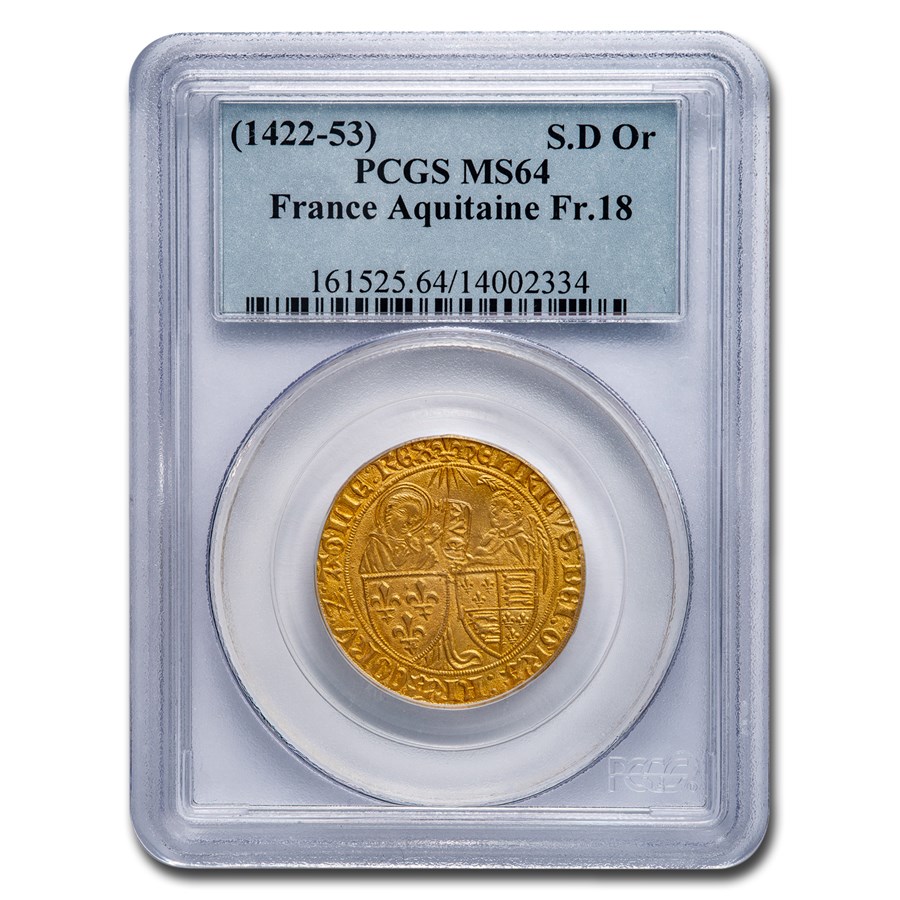 The product pictured is the exact product you will receive.
Product Details
Product Details
Henry VI would attempt to force his claim to the French throne from the marriage of Isabella of France to Edward II. This coin displays both the Arms of France and England and represents the English crown's ambition to rule the entirety of the realm.


Showcase your certified Medieval Gold Coin by adding a presentation box to your order.

Add this Gold Salut D'Or from the Medieval Kingdom of France to your cart today!