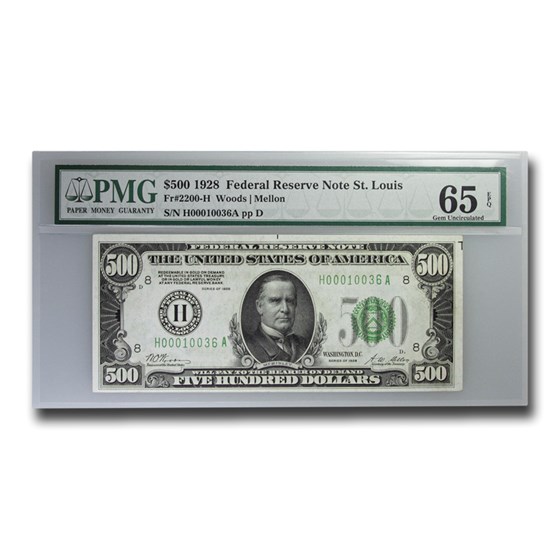 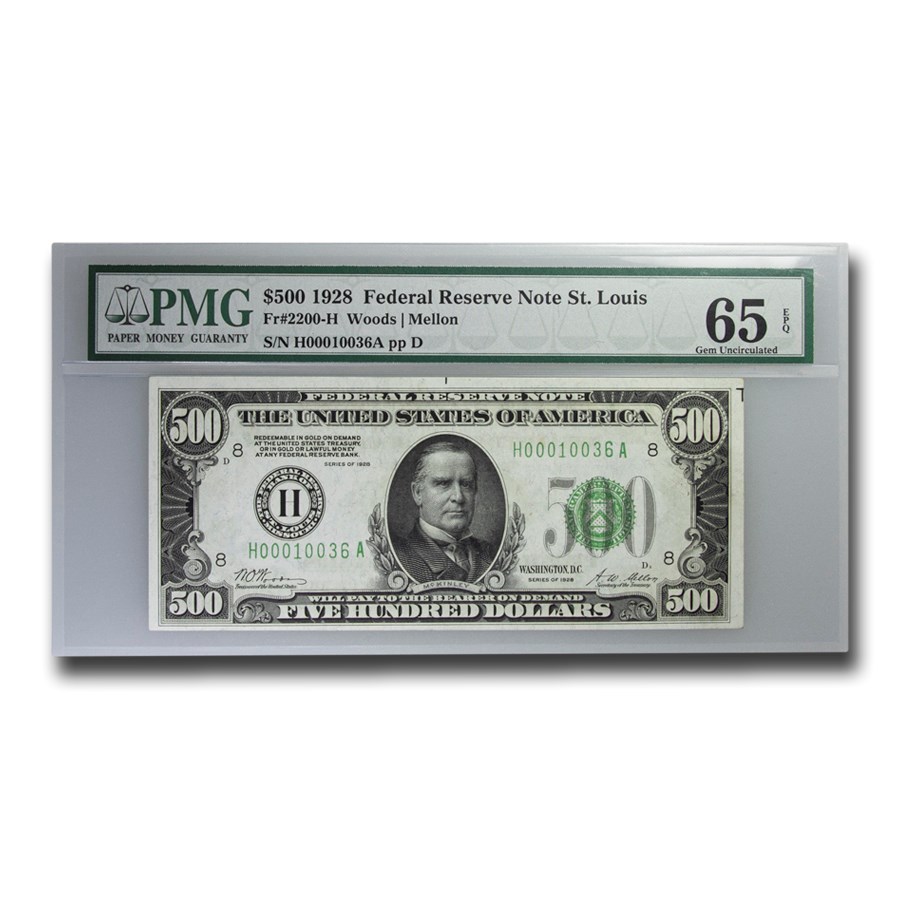 Product Details
Product Details
This $500 Federal Reserve Note is from the 1928 series issued by the St. Louis district. This particular note has the EPQ (Exceptional Paper Quality) designation, which further adds to its collectibility.