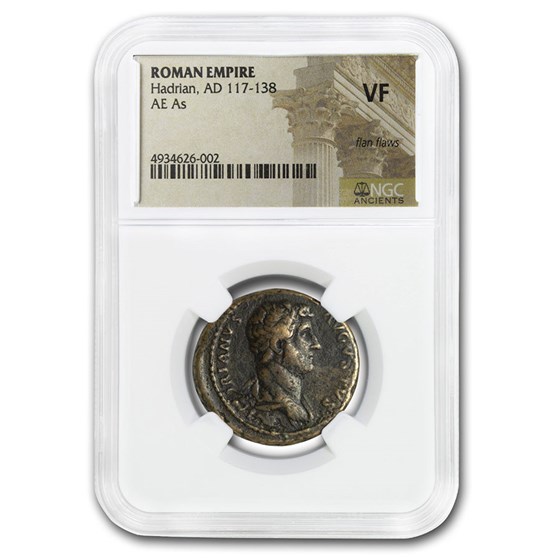 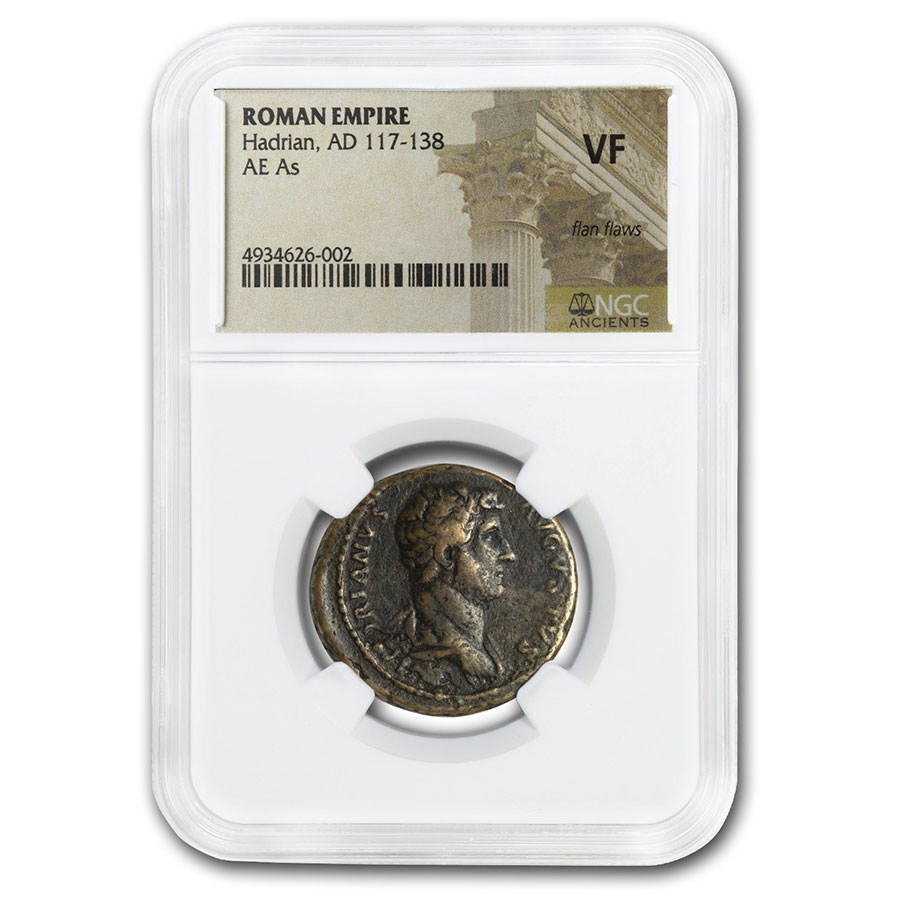 Your purchase will match the quality of the product shown.
Product Details
Product Details
This Bronze As was struck during the reign of Emperor Hadrian who ruled Rome from 117-138 AD. Hadrian is best known for the wall that bears his name in Britain, Hadrian's Wall. The construction begun in 122 AD, and parts of it still stand to this day.

Coin Highlights:
Protect and display your coin in style by adding an attractive display or gift box to your order.

Add this Roman Bronze As of Emperor Hadrian to your cart today!