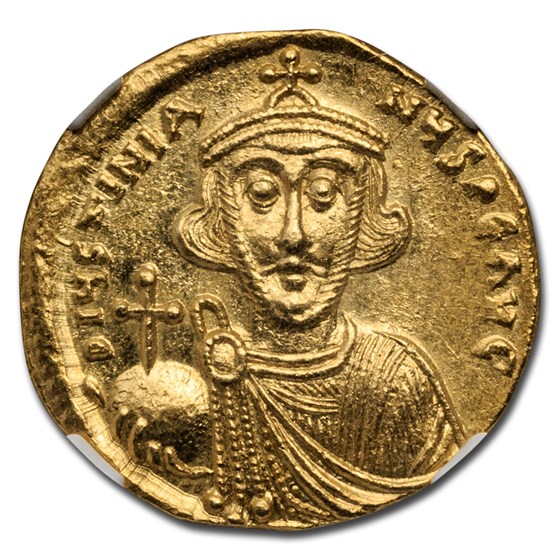 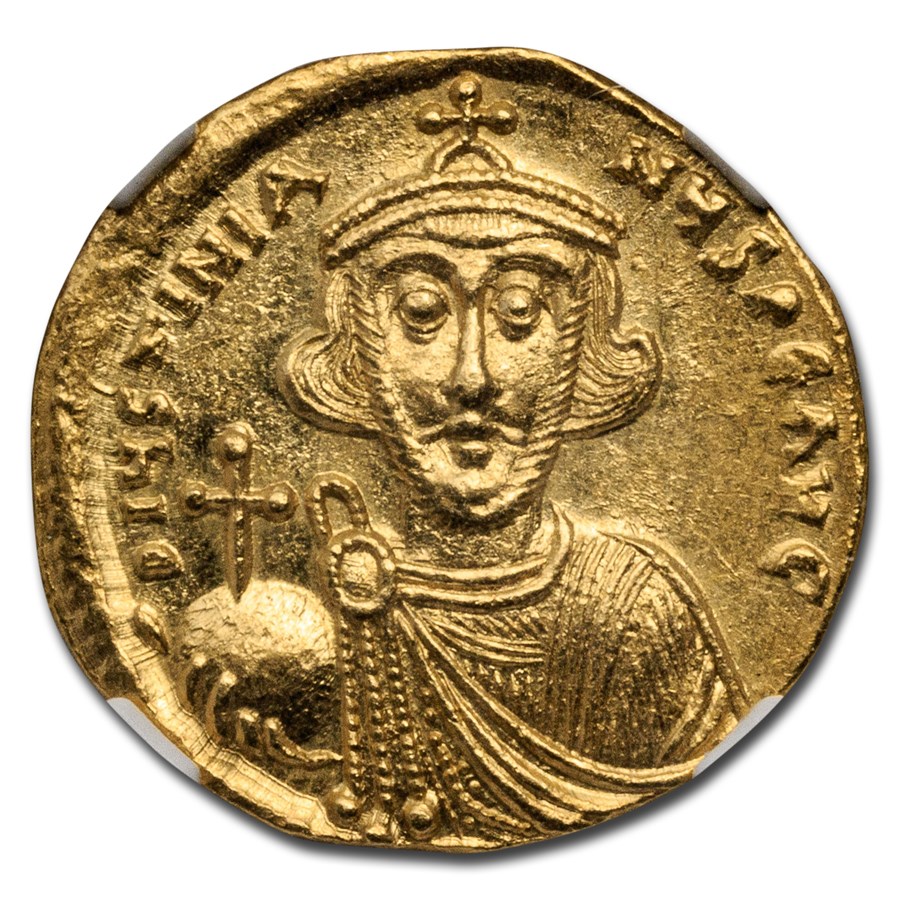 The product pictured is the exact product you will receive.
Product Details
Product Details
Justinian II would originally issue a number of Gold Solidii like those of his predecessors with his facing bust. He would quickly alter the coinage and replace himself with a profile of Christ for the rest of his reign.

An excellent state of preservation for a coin more than 1300 years old. Add this Byzantine Gold Solidus coin to your cart today!

Beyond Justinian II's piety, he is remembered for using increasingly harsh measures to put down insurrections which would lead to his deposition. Justinian II would reign twice and feature two stylized portraits of Christ one of European influence and one that uniquely portrays Christ in laventine appearance. The early reign of Justinian would use a more common bust like those of his predecessors before replacing his profile with Christ's. The extremely turbulent nature of Justinian II's reign produced some of the most artistic coinage of Byzantine rule and this example is no exception.