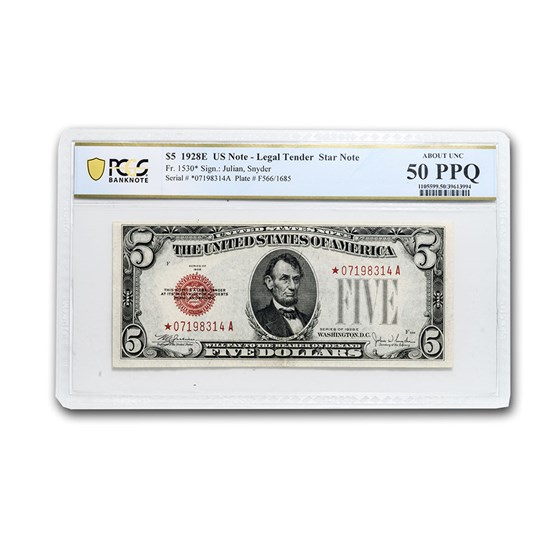 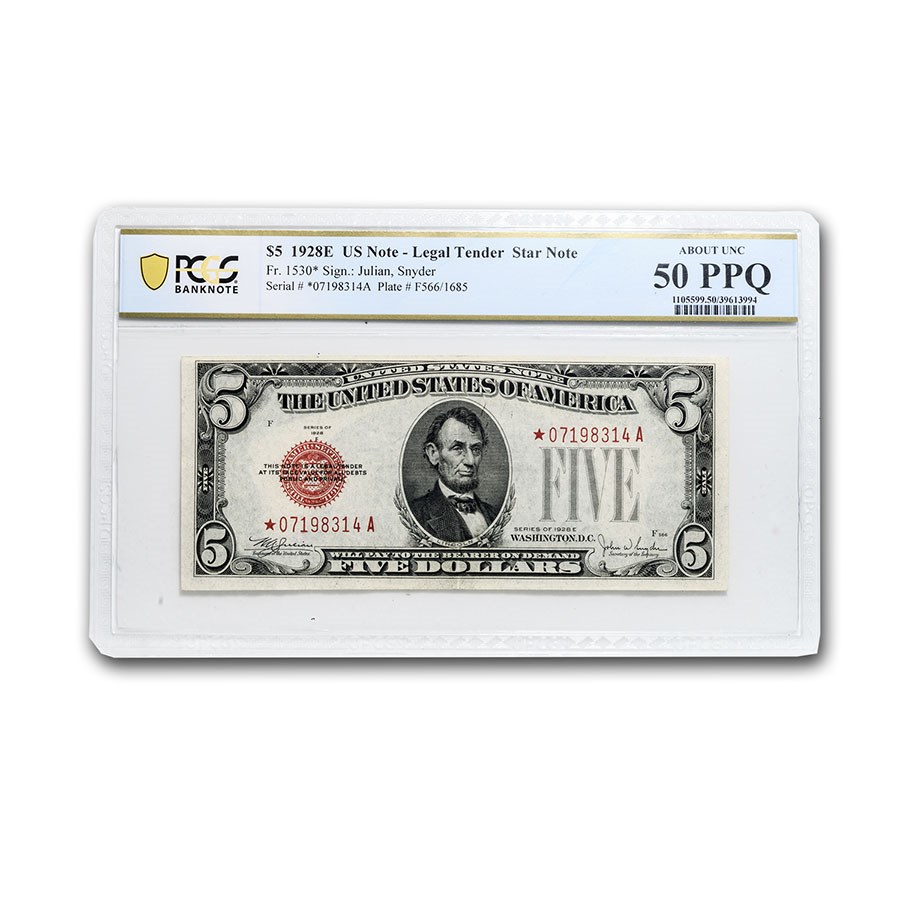 United States Notes were adopted for circulation during the Civil War in 1862 in denominations from One through One Thousand Dollars. The $5 denomination remained when we switched over to small size notes in 1928 and continued until the early 1960s when the $5 FRN's replaced them entirely. Although they are still legal tender, their red seals and serial numbers make them great collector items.

Series 1928 $5 United States Notes had a large original printing of just over 267 million, but Star &starf; Notes are quite scarce and many were lost through the heavy use they saw during the Great Depression.