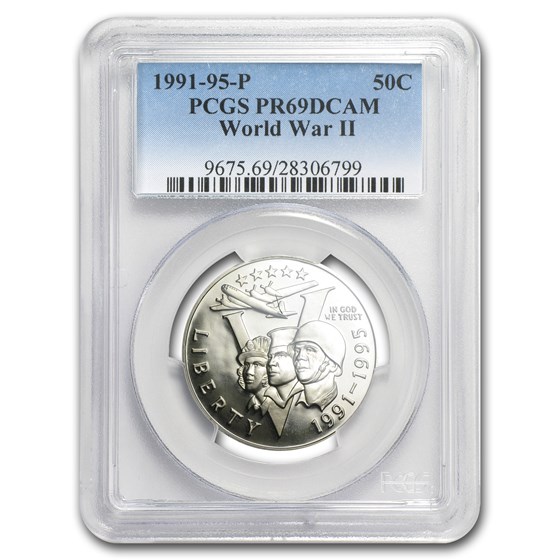 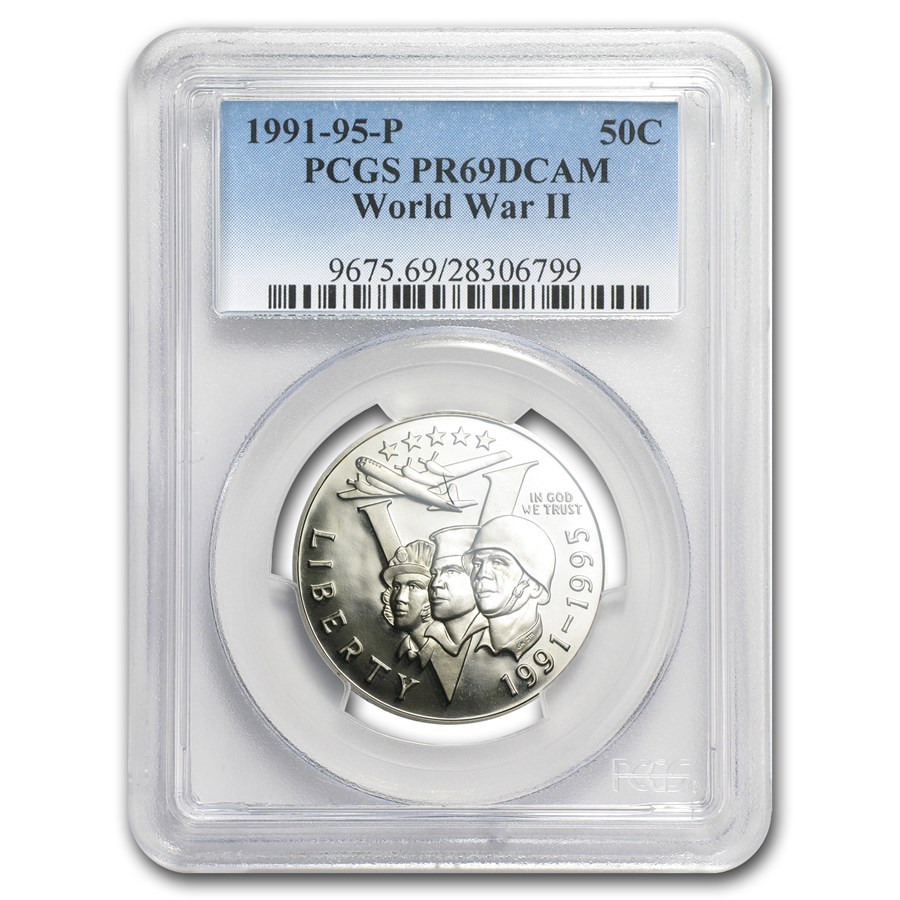 Product Details
Product Details
This half dollar commemorative was issued in 1993 to honor the 50th anniversary of America’s involvement in World War II from 1941 to 1945.

Coin Highlights:
Protect and display your World War II Silver Commemorative in style by adding an attractive display or gift box to your order.