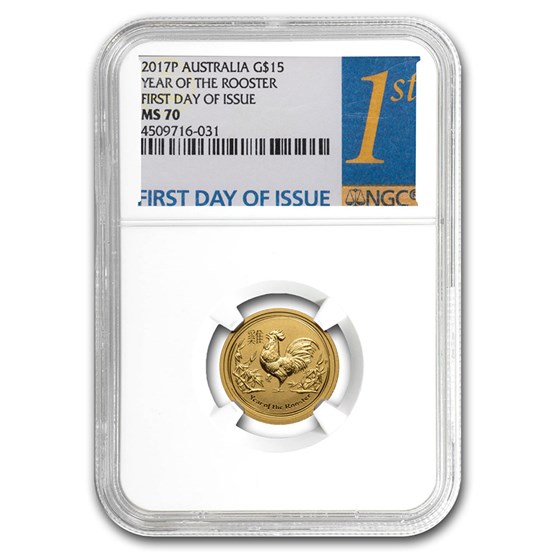 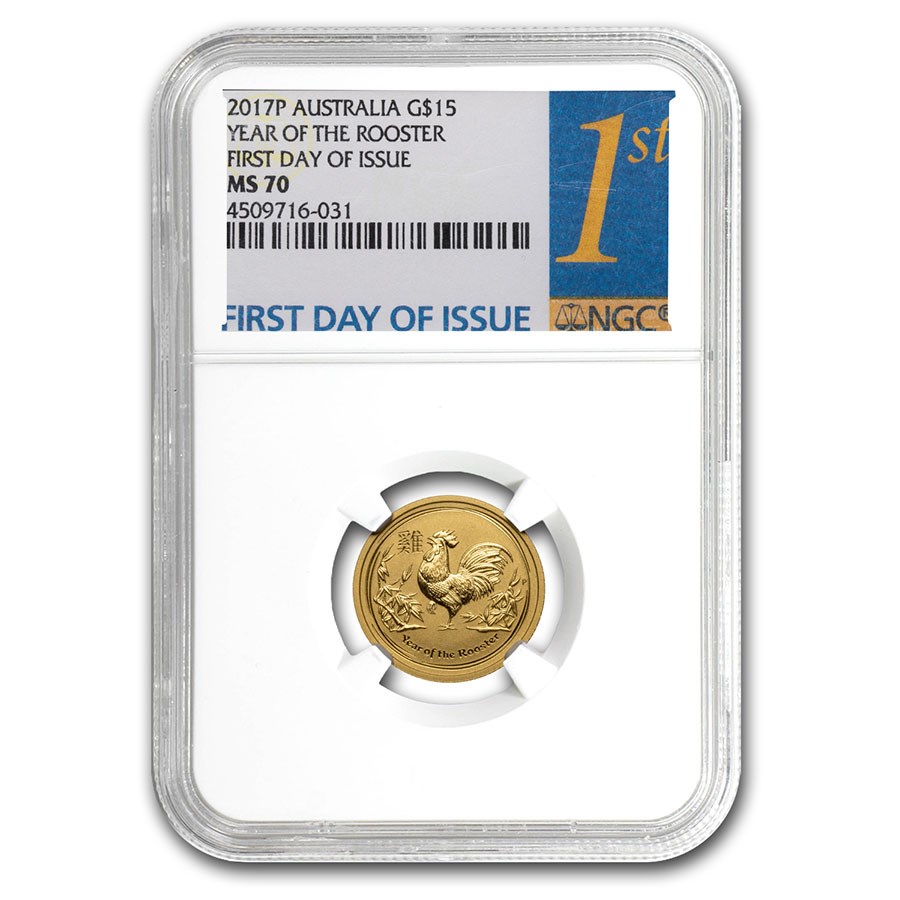 Your purchase will match the quality of the product shown.
Product Details
Product Details
These magnificent 1/10 oz Gold coins celebrate 2017 as the Year of the Rooster, the tenth animal in the 12-year cycle of the Chinese zodiac. In addition, this coin has been graded a perfect MS-70 by NGC and designated First Day of Issue.

Coin Highlights:
Protect your NGC holder from fingerprints by adding these cotton gloves to your order.

APMEX is an authorized distributor of Perth Mint products, allowing APMEX to get coins directly from the Perth Mint and pass them along to you. Add some of these Brilliant Uncirculated 1/10 oz Gold Lunar Year of the Rooster coins to your cart today!