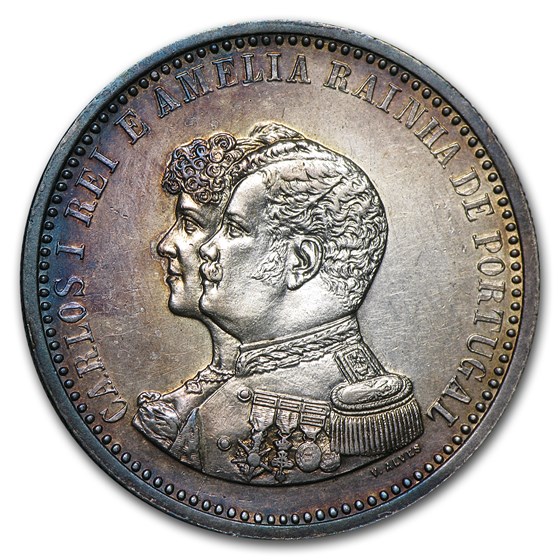 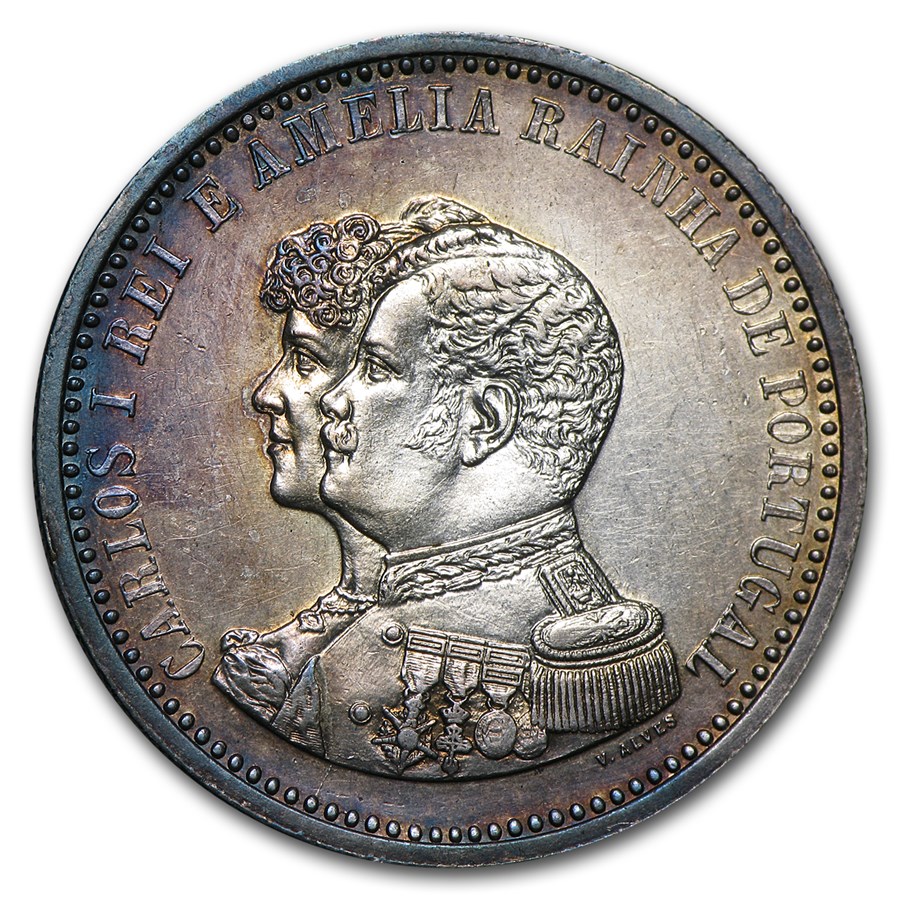 This 500 Reis Silver coin commemorates the 400th anniversary of the discovery of India. The obverse features the conjoined busts of King Carlos and Queen Amelia with the text "Carlos I Rei e Amelia Rainha de Portugal" (Portuguese for "King Carlos I and Queen Amelia of Portugal") surrounding them.

The reverse of this coin features a cross with two rings of surrounding the text. The outer ring says "4 Centenario da Descoberta da India 500 Reis" which translates to "Four centenary of the discovery of India" and the face value. The inner ring lists the dual dates of 1498 and 1989.

This coin comes in Almost Uncirculated condition but has nice toning. The coin is 30.5 mm with a weight of 12.5g. Listed in Krause as KM# 538.