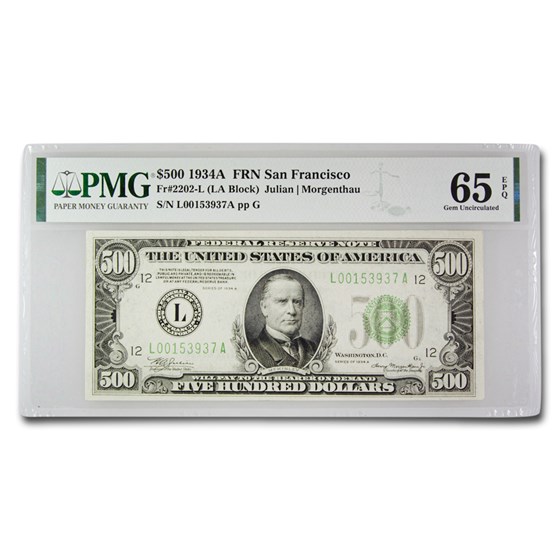 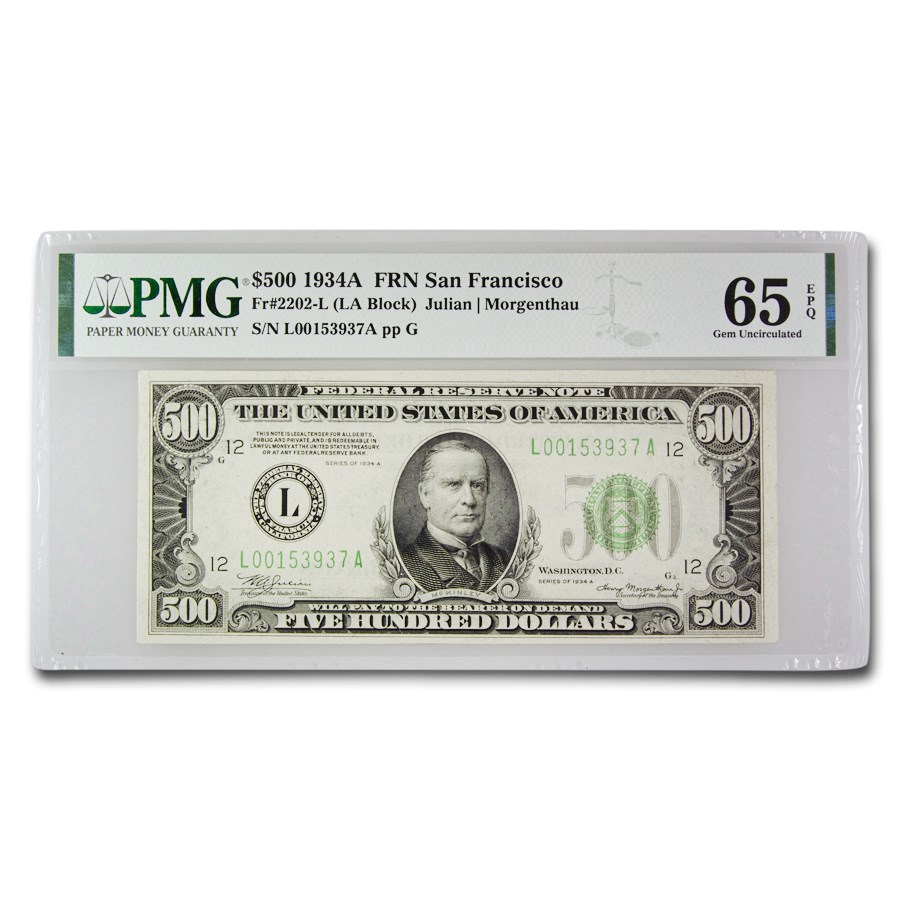 Product Details
Product Details
This $500 Federal Reserve Note is from the 1934-A series issued by the San Francisco district. This particular note is graded Choice Uncirculated-65 EPQ (Exceptional Paper Quality) by PMG which further adds to its collectibility.