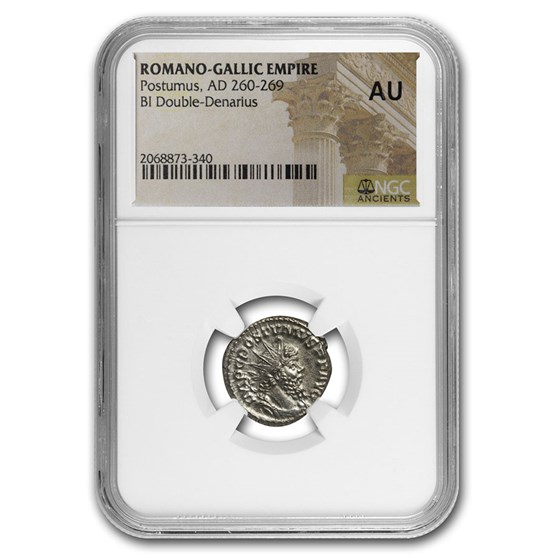 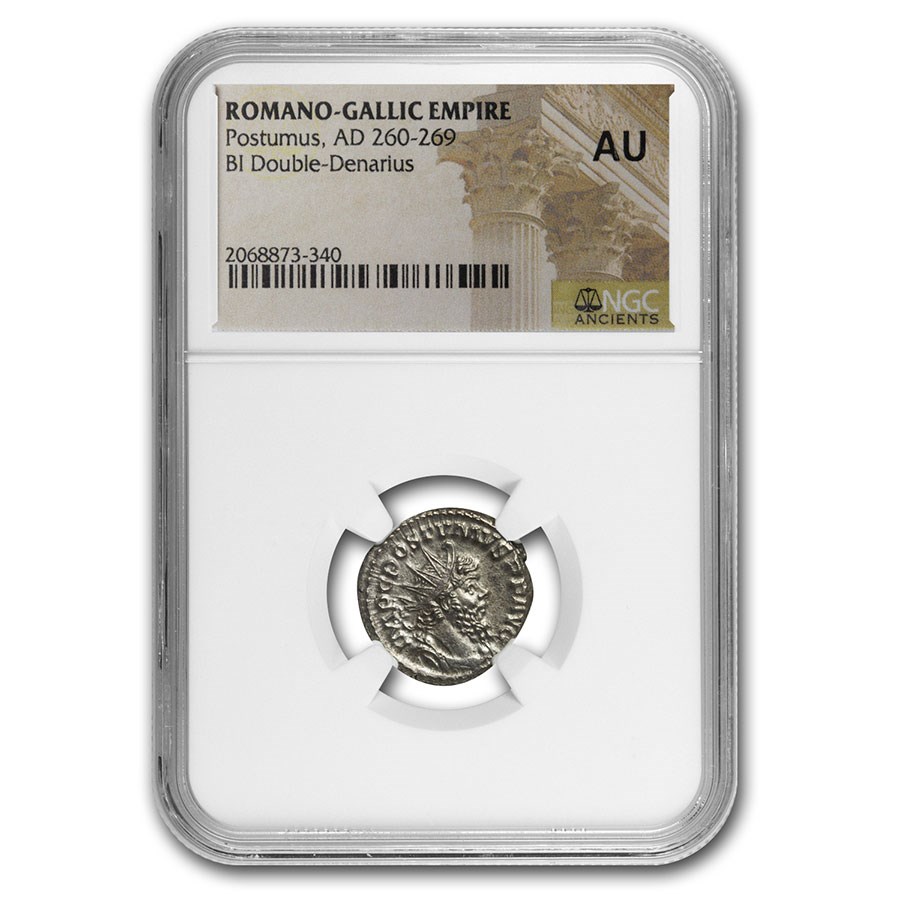 The product pictured is the exact product you will receive.
Product Details
Product Details
Postumus was a general in the Roman Legions and led a successful revolt in Gaul, ruling for a number of years until its defeat by Emperor Aurelian in 274 AD. This coin has a higher silver purity than most of its type given that it has retained its color.


Display your Ancient Double Denarius coin in style by adding a presentation box to your order today.

Ancient Denarius coins make a unique addition to any collection. Add this Roman Double Denarius of Emperor Victorinus to your cart today!