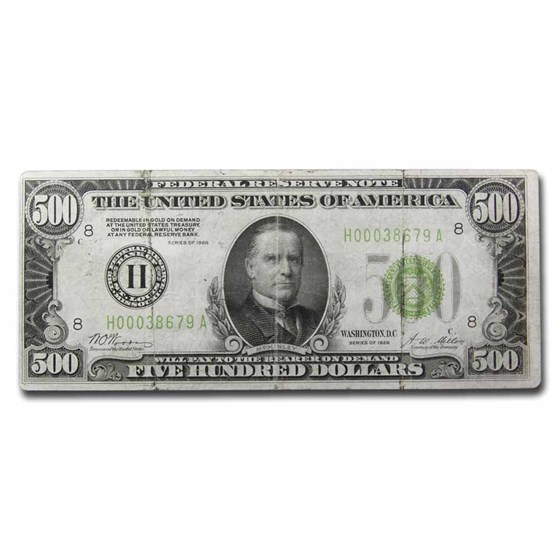 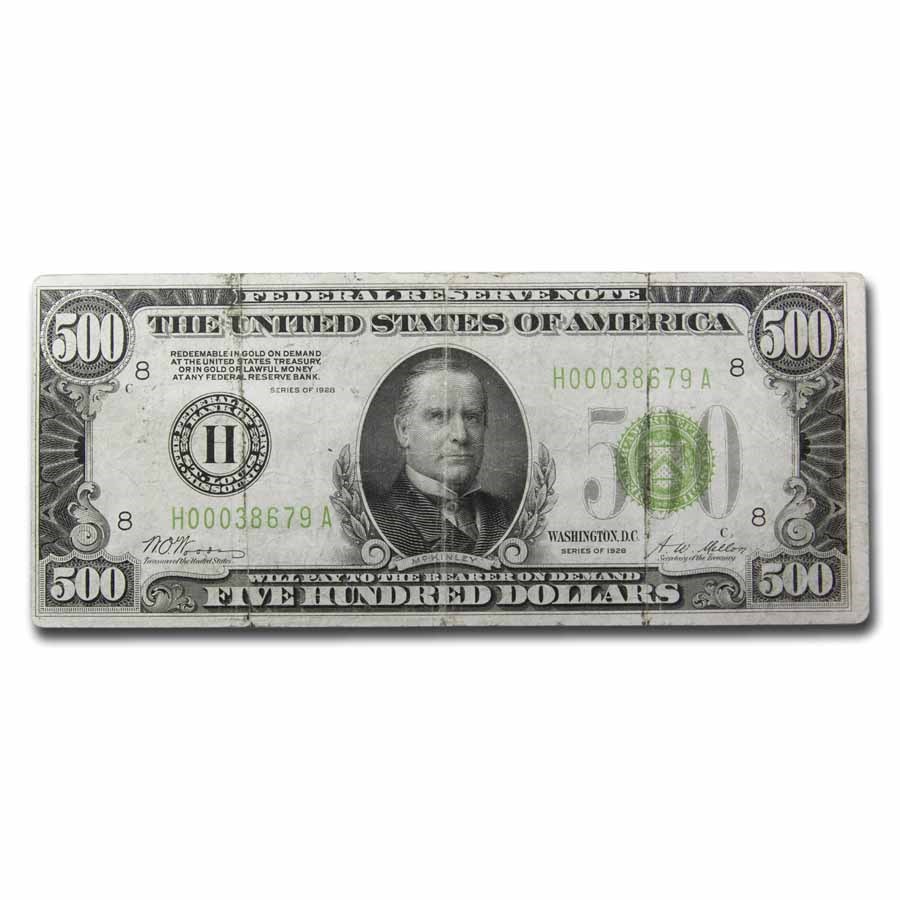 Product Details
Product Details
This $500 Federal Reserve Note is from the 1928 series issued by the St. Louis district. The 1928 series notes are much harder to find than their 1934 counterparts. Note may have heavy wear, damage, repairs, staining, writing, pinholes, rips and tears.