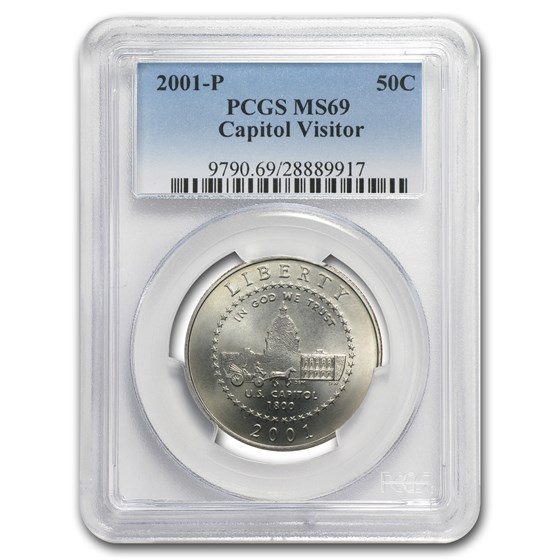 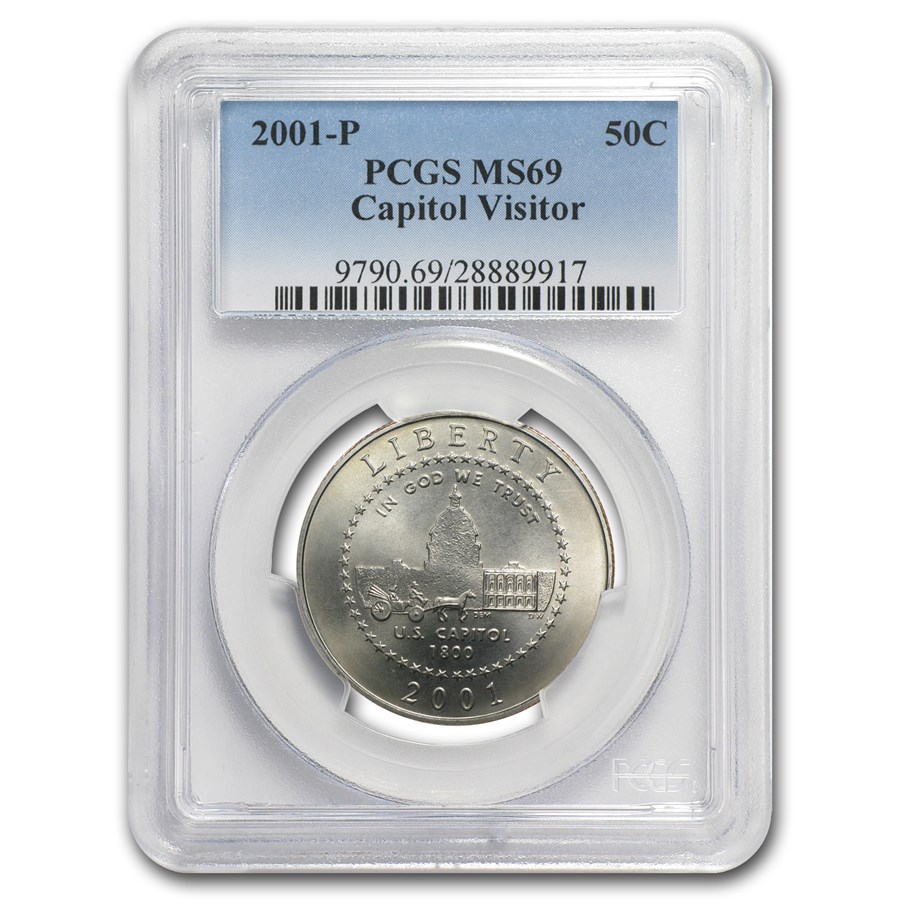 This commemorative half dollar was minted to honor the proposal to erect a Capitol Visitor Center in Washington, D.C. The obverse shows the original North Wing (burned by the British in 1814) superimposed on an outline of the present building. A horse drawn carriage appears in front of the building. On the reverse are an arrangement of inscriptions and a ring of 16 stars, representing the 16 states in 1800, when the Capitol first held a United States Congress session.

This example has been graded as a Mint State 69 by PCGS.