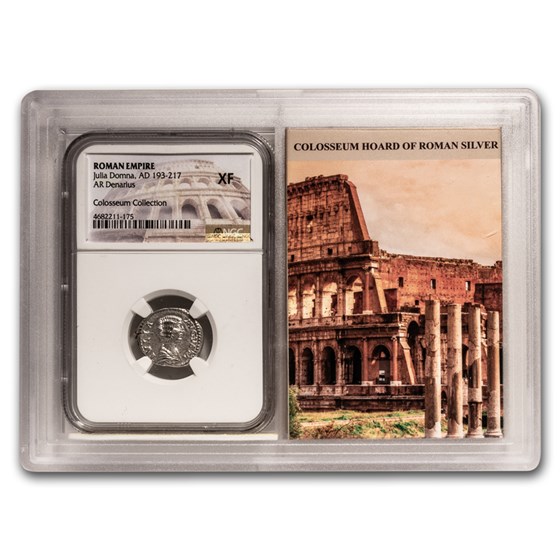 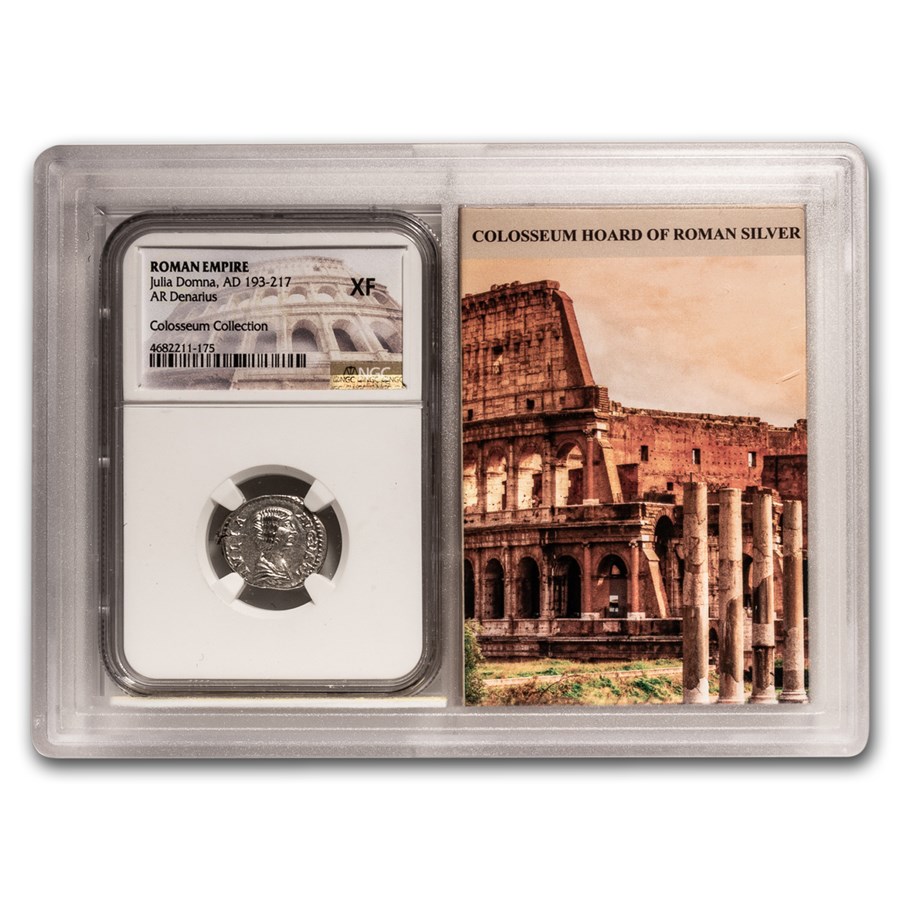 Product Details
Product Details
This Silver Denarius was struck during the reign of Emperor Septimius Severus and depicts his wife Julia Domna, 193 - 217 A.D. This coin comes in a nice story vault presentation.