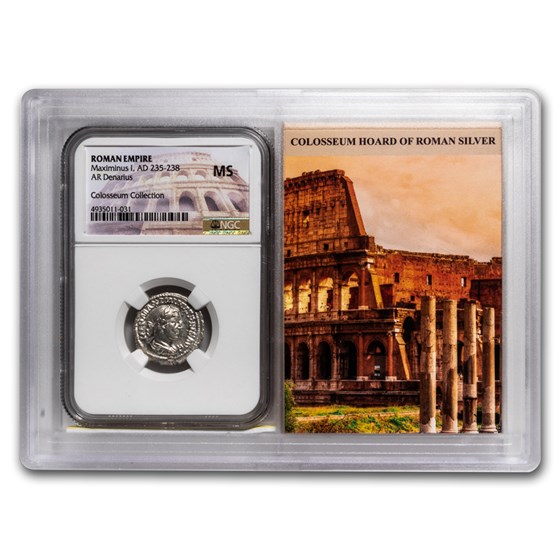 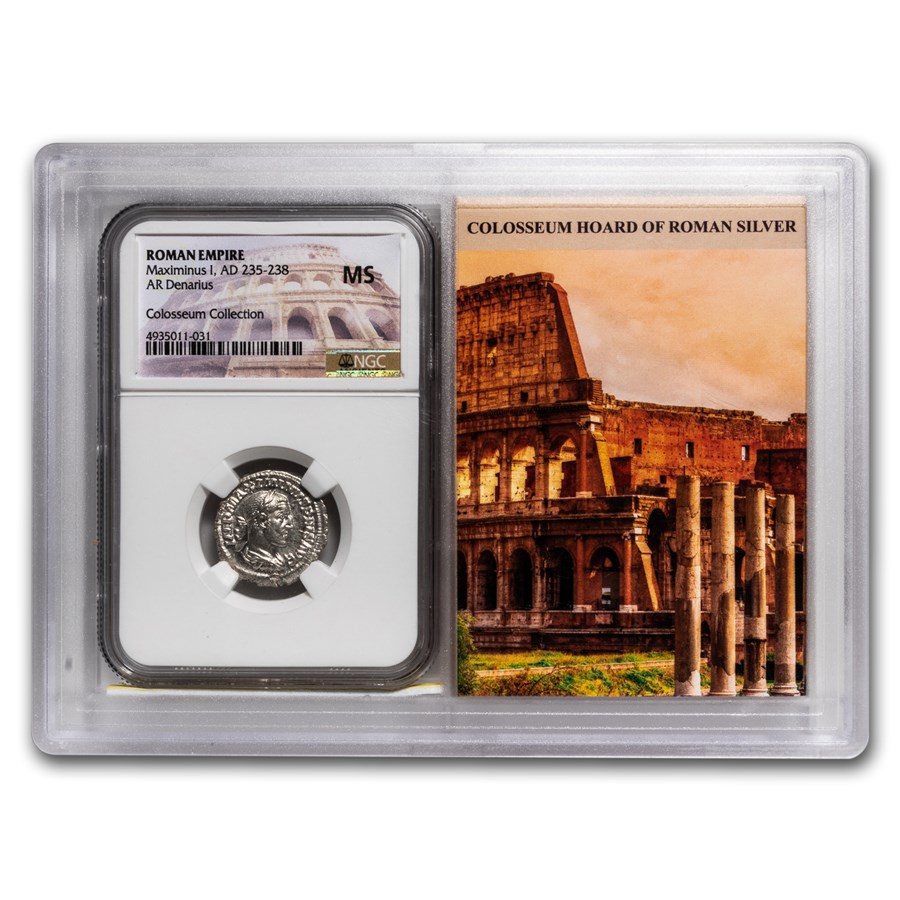 Product Details
Product Details
This Roman Silver Denarius was issued during the reign of Emperor Maximinus I, who ruled Rome from 235-238 AD. His rule is considered the first of the Crisis of the Third Century. Housed in an attractive Colosseum Hoard NGC Story Vault.

Add this Roman Denarius of Emperor Maximinus I to your cart today!