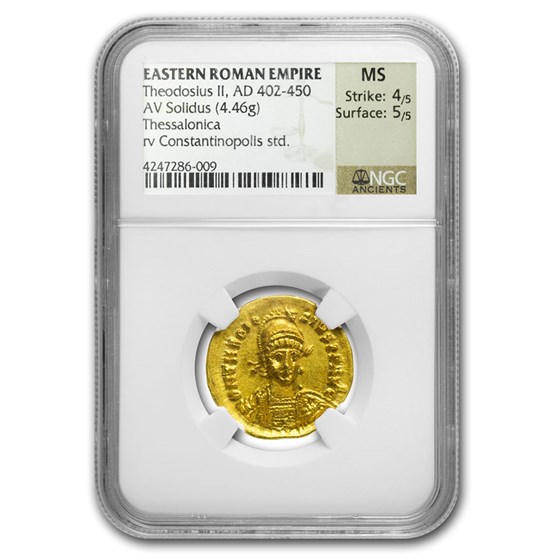 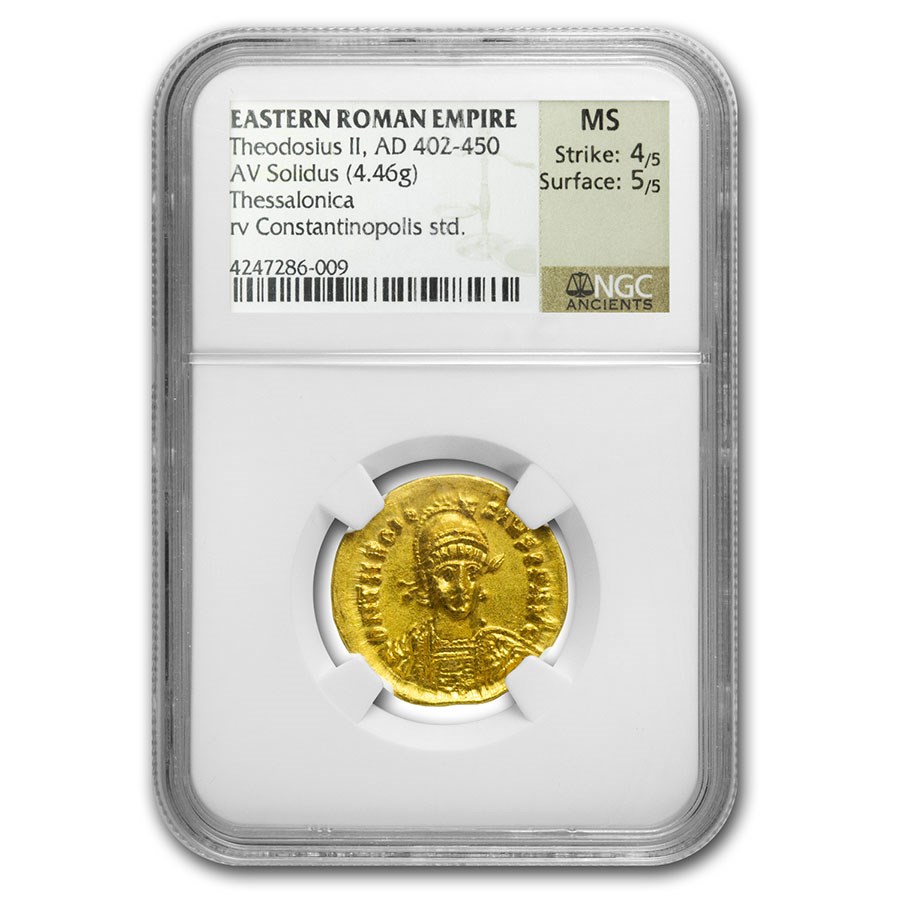 The product pictured is the exact product you will receive.
Product Details
Product Details
Theodosius II is well known for his actions in setting Theodosian Law code as standard in the Byzantine Empire. During his reign he also strengthened the walls of Constantinople that would still be in use 1000 years later.