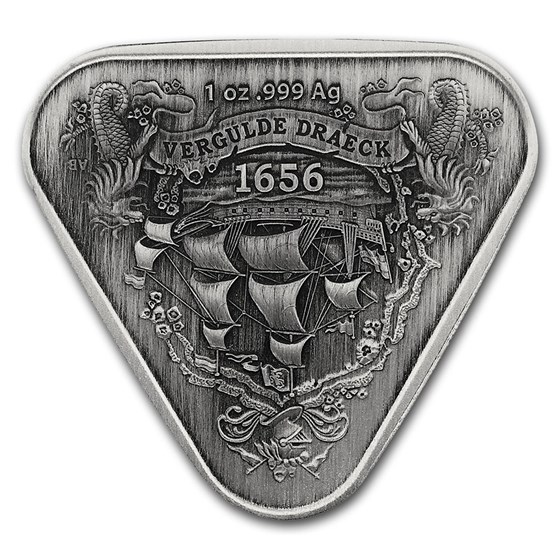 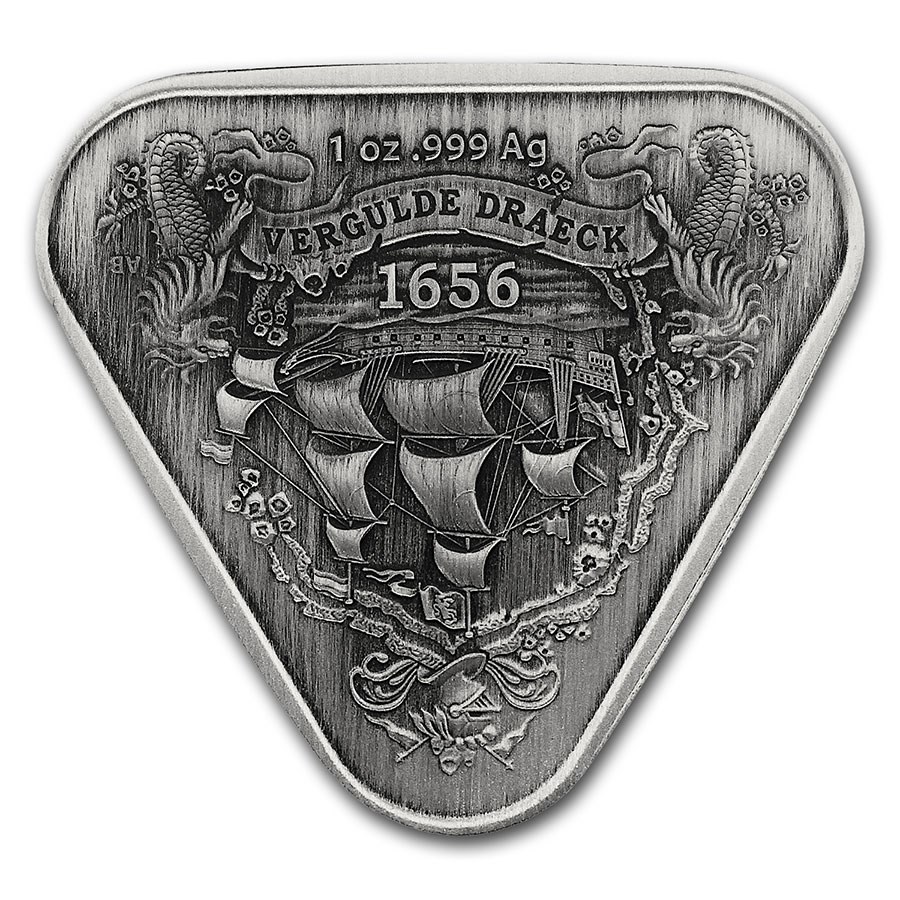 Your purchase is guaranteed to match the quality of the product shown. It will not be this exact item.
Product Details
Product Details
This unique, triangular-shaped coin depicts the Vergulde Draeck, one of Australia's shipwrecks in 1 ounce of .999 fine Antiqued Silver. There are only 1,000 produced of this release, which follows the popular bullion Silver release.

Vergulde Draeck (Gilt Dragon)
In 1656 a ship named Vergulde Draeck was traveling towards Batavia (current-day Jakarta), and struck an uncharted reef off the coast of Western Australia. The ship was carrying trade goods, coins, cargo, passengers and crew. Abraham Leeman, the under steersman, took the boat and six crew on a journey to Batavia to report the wreck. It is said that there were more survivors, but they were not located and it is unknown what happened to them. The wreckage of the Vergulde Draeck was discovered in 1963, and was excavated in 1972. About 19,000 coins were discovered, mostly Spanish reals and Japanese Silver coins.

The antiquing of this coin is its strongpoint - beautiful detail,