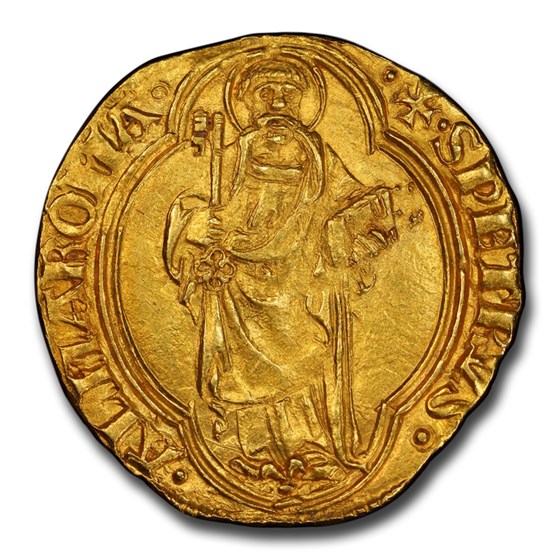 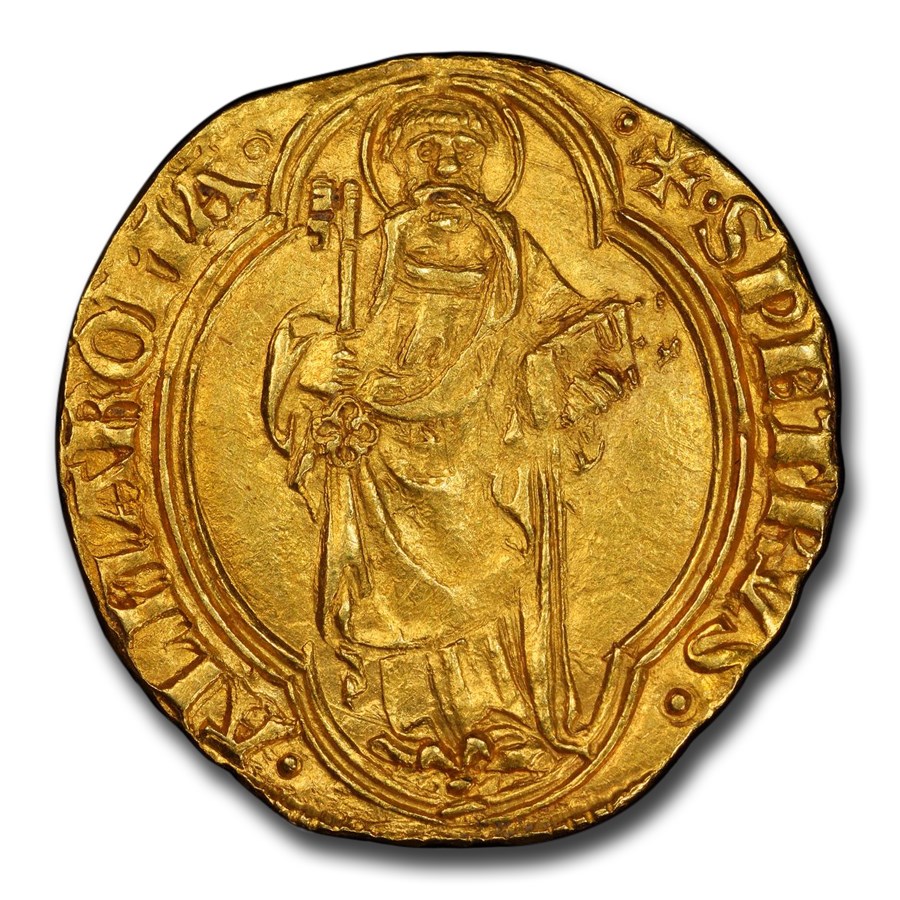 The product pictured is the exact product you will receive.
Product Details
Product Details
The last Byzantine Emperor Constantine XI would write to Pope Nicholas V pleading for assistance as the Ottoman Turks had begun besieging Constantinople. The Pope in turn would attempt to organize a crusade which would ultimately not materialize.

Coin Highlights:
Showcase your certified Medieval Gold coin by adding a presentation box to your order.

Add this Medieval Gold coin graded AU-55 by NGC to your cart today!

The pontificate of Nicholas saw the fall of Constantinople to the Ottoman Turks and the end of the Hundred Years War. He responded by calling a crusade against the Ottomans, which never materialized. A key figure in the Roman Renaissance, Nicholas sought to make Rome the home of literature and art. He strengthened fortifications, restored aqueducts, and rebuilt many churches. He ordered design plans for what would eventually be the Basilica of St. Peter.

The crossed keys symbolize the keys of Simon Peter. The triple crown (tiara) symbolizes the triple power of the Pope as "Father of kings", "Governor of the world" and "Vicar of Christ".