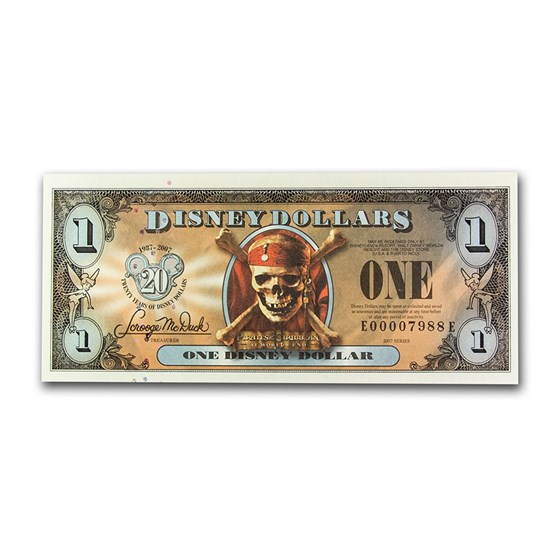 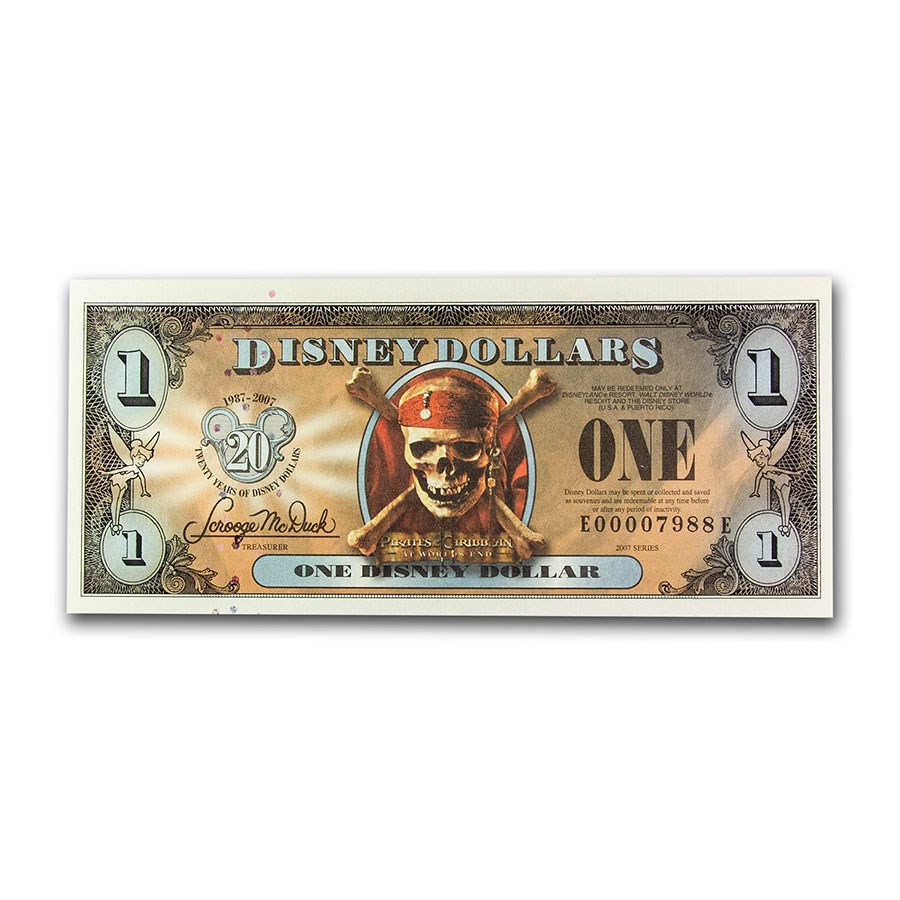 Product Details
Product Details
The Walt Disney company has issued currency exchangeable for United States Dollars at its resorts for years. These promissory notes are printed using the latest anti-counterfeiting technology. This note has a very low serial number, only 4 digits!